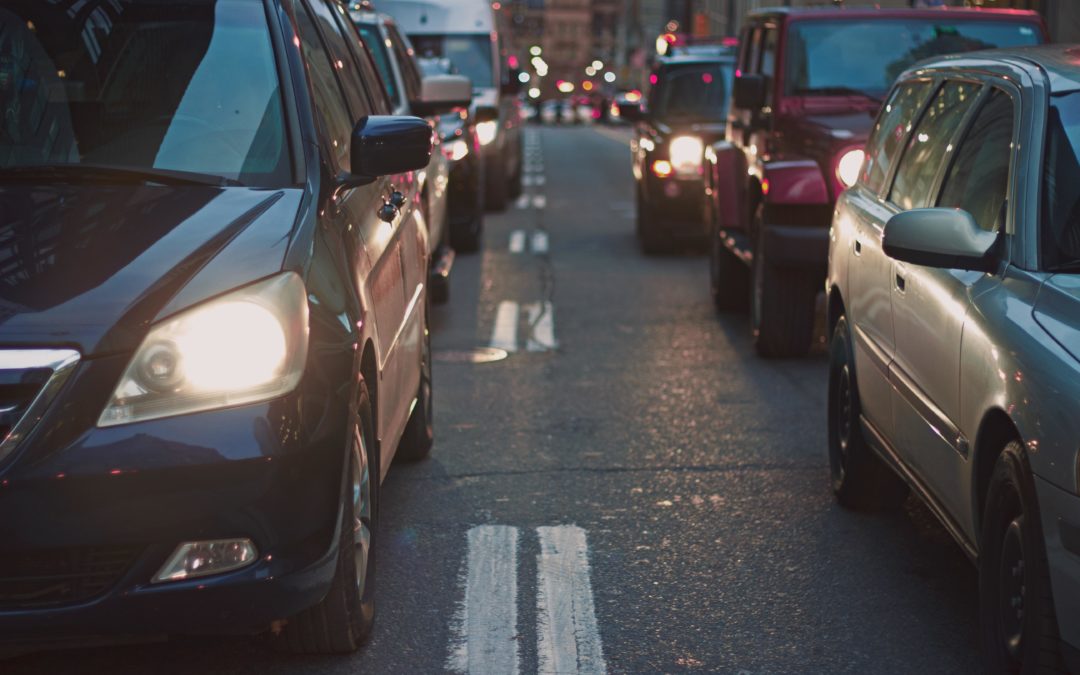 If you’ve ever driven across the center of Florida, you know that safe driving on Interstate 4 is both a necessity and a difficult thing to do. Unfortunately, the combination of popular attractions and an ever-growing population have made staying safe on I-4 a tough task for even the most disciplined of drivers.

In 2017, Interstate 4 was named the most dangerous highway in the nation, and as a result, police are getting aggressive against reckless drivers.

If you’d rather not receive a ticket in Orange County or Osceola County, it’s more important than ever to remember to drive safely when you’re traveling on Interstate 4, regardless of whether you’re heading toward Disney, Universal, Daytona Beach or Tampa. Read on to learn more about driving safely on the I-4 corridor.

Why is Interstate 4 so Dangerous?

In order to know how to be safe on I-4, it’s important to understand why it’s so dangerous in the first place. The reason driving the highway has become so risky has to do with a combination of geography, attractions, and population.

Over the past 30 years, the population of Orlando has almost doubled in size. Orlando and Orange County were once Disney, Universal, and little else, but the city is now a genuine vacation destination for those who choose to drive to Florida as well as to fly.

Around Orlando, the rest of central Florida has also experienced a population boom. Head to the west and you’ll run into Tampa, which has turned into a major sports town for much more than football. Go east, and you’ll find both the beaches of Daytona and a large amount of auto racing fans.

The entire highway is only 132 miles long, meaning that in the five-year period from 2011 to 2015, there was more than one fatality per mile. Plus, unlike other parts of the country, there really isn’t another alternate route to take drivers off Interstate 4, resulting in regular congestion.

And that doesn’t even touch the other main reasons the highway is so clogged: the twin giants of Disney World and Universal. These theme parks were always the main events that brought international tourists to Orlando, and they’ve only grown as both properties have invested in land and attractions over the years.

These days, a large chunk of the Interstate 4 traffic is made up of visitors to these two parks, racing toward the fun that awaits. Unfortunately, if you’re caught speeding as part of this group, you’re very likely to receive a ticket in Orange County or Osceola County.

How Can I Avoid a Ticket?

You’ll also want to move into the right lane whenever possible to avoid aggressive drivers. Some drivers act like Interstate 4 is the Daytona 500 and speed, so if you try to slow down in the left lane, you might encourage road rage among other drivers.

Instead, move to the right lane and get out of the way of those who are driving way too fast. You’ll experience less pressure and enjoy a much more pleasant and safe driving experience.

Finally, it’s important to minimize your distractions as much as possible. Don’t text, eat, or fumble with the radio while driving. With several people in the car, it can get loud and maybe even a bit chaotic, so it can be difficult to keep your focus on the road when you’re on a family vacation. Just remember that you’re responsible for everyone else in the vehicle when you’re behind the wheel. It’s important to be alert at all times so you’re prepared to react to road hazards.

Be sure that you’re taking the time to analyze the situation and make the safest and most sensible driving decisions.

What Laws Do I Need to Know?

When you’re trying to practice safe driving on Interstate 4, it’s important to make sure to follow all laws of the Sunshine State, and two of the most important are the Move It and Move Over Law. If you’ve spent much time driving, both of these laws should seem pretty straightforward to you, but it’s a good idea to take the time to familiarize yourself with each before you get behind the wheel.

Basically, the Move It Law applies to anyone who gets in an accident, whether it’s a fender bender or a major collision. Per Florida law, you are required to move your vehicle out of traffic and over to the side of the road, as long as it’s safe for you to do so. If your vehicle is not drivable or you’re too injured to move your car, you don’t have to worry about moving the car.

The Move Over Law applies to situations that call for law enforcement or emergency vehicles. If you’re on the road and you notice a police officer, ambulance, fire truck, or other emergency vehicle driving with emergency lights activated, you need to move into another lane and give them the space they need to get to their destination.

Additionally, you need to lower your speed to 20 miles per hour below the posted speed limit. So, if you’re in a 70 mph zone, you need to reduce speed to 50 mph or slower. As long as you’re operating at the required speed and you’re at least a lane away from the emergency vehicle, you’re in compliance with the Move Over Law.

What are the Consequences of a Ticket in Florida?

In Florida, traveling greater than five miles per hour over the posted speed limit is greatly frowned upon, and the penalties if caught can be rather stiff. First, if you’re convicted of a speeding ticket in Florida, your insurance rates may jump because the moving violation will go on your driving record for the next three years.

If you’re a Florida resident, you may also get points on your driver’s license if you receive a ticket in Orange County. A speeding ticket, for example, will earn you three points on your driving record, while leaving the scene of a crash earns six points at a minimum. Additionally, you’ll face the fines that come with violating the law if you’re convicted.

In Florida, if you get 12 points on your record in a 12-month period, your problems will only get worse, because your license will most likely be suspended for a minimum of 30 days. If you continue to accrue penalties from a failure to practice safe driving on Interstate 4 or elsewhere in the Sunshine State, you can receive longer suspensions and even greater fines.

Can I Avoid Points on my Driving Record?

If you do receive a ticket in Orange County, the good news is that you have options. The DriveSafe Online defensive driving course can be an excellent way to show the court that you’re willing to take steps to be a safer driver and avoid repeating your mistake. (See a free course demo here.)

You’ll have to get court approval to take the course, but if you successfully complete the safe driver program, you may be able to avoid getting points added to your license.

Remember, the best way to avoid serious penalties on your driving record is simply to practice safe driving on Interstate 4 or elsewhere in Florida. But if you do have an issue and you receive a ticket in Orange County or Osceola County, you do have options. As long as you’re willing to put in the work, you can show the state that you’re willing to be a better driver.