What is Jaywalking? And is it Really a Crime? 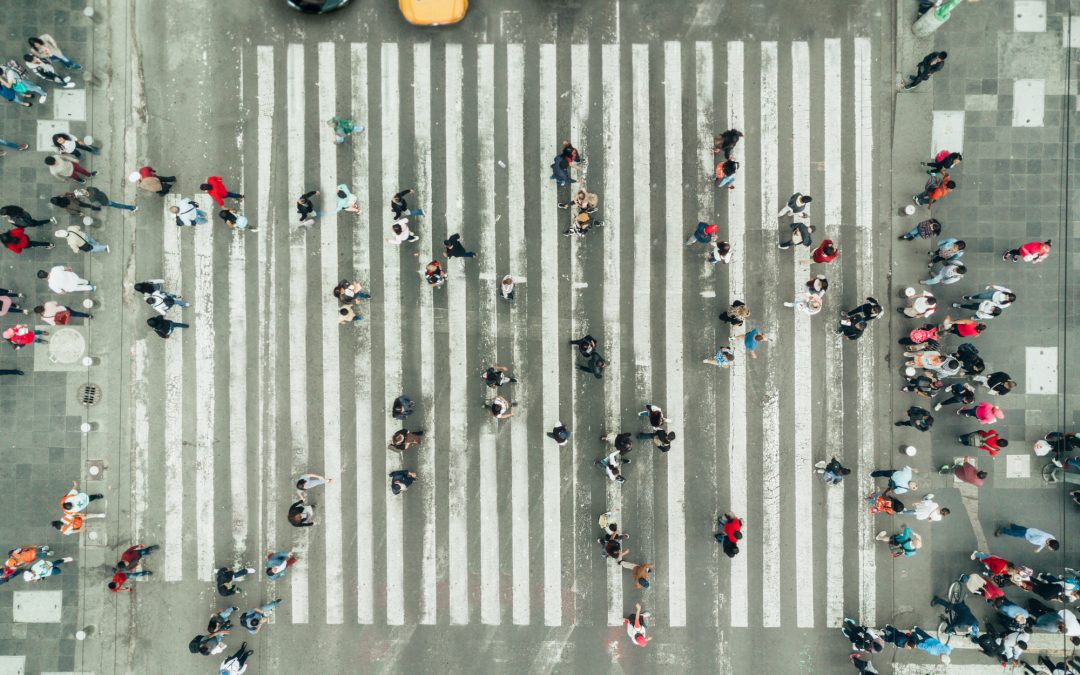 One of the first things you learn as a child concerns street safety. This might have included looking both ways before crossing, knowing when to use a crosswalk, and understanding signs and lights at intersections.

But even if you practiced good habits as a child, there’s a chance that you’ve jaywalked before as an adult. If you’re unfamiliar with the term, jaywalking is the act of crossing a street without using the designated crosswalk. While convenient, doing so can be hazardous—in fact, pedestrian deaths are at a 30-year high.

If you’ve ever jaywalked, you might have wondered whether what you did was illegal, especially considering the danger to you and drivers. Jaywalking violations vary depending on where you live, so it’s a good idea to become familiar with your area’s laws and expectations.

This once-slang term is now officially in the Merriam-Webster dictionary, but it only came to light about a century ago in the early 1900s. Today, its definition is simple: When a pedestrian walks in or crosses a roadway at an unsuitable crossing point or disregards traffic rules, they’re jaywalking.

Back in the early 20th century, jaywalking was called jay drivers. “Jay” was a derogatory term meaning “novice” or “rube,” and it described drivers in carriages and automobiles who would drive on the wrong side of the road.

In 1909, the Chanute Daily Tribune coined the term “jaywalker” for the first time with a published editorial that read: “The jay walker needs attention as well as the jay driver, and is about as big a nuisance.” Not long after did the word land its Merriam-Webster spot, making things official.

As roads developed to accommodate cars rather than pedestrians, the term “jay driver” quickly disappeared, and “jaywalker” took over. By 1917, Harper’s Magazine officially defined a jaywalker as “a pedestrian who crosses streets in disregard of traffic signals to the compact ‘jaywalker.’”

Why do they call it jaywalking?

There are a few theories about the origins of the term. There are no historical texts or folklore that point to this word, which tells us that it was more than likely a slang word that came about sometime in the 20th century in North America. Once coined, it was used everywhere, especially in newspapers and magazines. 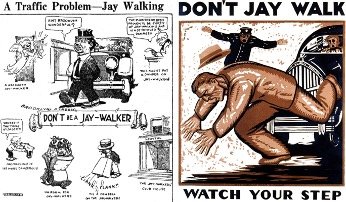 Besides the famous theory of “jay” as a slang term for a novice, another view is that “jaywalking” was actually “J-walking.” In other words, the idea was that the letter J resembles the route a jaywalker would follow to cross the road. You can imagine how, instead of traveling straight across the street on the designated sidewalk, a jaywalker might weave and bob through traffic. Some individuals say this path resembles the curve of the letter J.

Why is Jaywalking a Crime?

Even though early news editors called it a nuisance, there is still no federal law against jaywalking because each state or city has its own set of rules about it.

For example, many state codes allow pedestrians to cross a roadway between intersections if at least one of the intersections is not controlled by a signal. Because these specific laws are not easily translatable across city or state lines, there is room for flexibility when pedestrians are caught jaywalking.

It’s a good idea to check your city or state’s law on jaywalking. In most cases, jaywalking is an infraction. However, jaywalking in some jurisdictions is considered a misdemeanor.

An infraction (or violation) is a petty offense punished by fines and not jail time. On the other hand, a misdemeanor is more serious than infractions but less punishable than felonies. Misdemeanors may require some type of fine and community service time.

How is Jaywalking Dangerous?

Although jaywalking is mainly an urban issue, a pedestrian dies every 113 minutes and is injured every 8 minutes due to pedestrian-vehicle accidents.

“To cross the street, you are processing a lot of information about traffic all at once: distance, speed, what drivers will do, how they will behave,” says David Schwebel, Ph.D., who studies pedestrian behavior. In a University of Alabama Birmingham article, Schwebel adds, “There are numerous factors you must take into account in order to judge safety, and that’s a lot for the brain to handle. Plus, many are talking on the phone or text-messaging, which can complicate the situation further.”

Even if you think you’ve got your eye on every vehicle on the road, the fact is that other people’s actions remain unpredictable. That’s precisely why drivers may drive defensively. This tactic entails being hyper-aware of other drivers, to the point where you’re prepared to react to any situation.

Unfortunately, pedestrians don’t have that advantage: The person-to-vehicle size ratio is far too large and much too dangerous.

Although vehicles are still required to give pedestrians the right of way whether or not they’re at a marked crosswalk, nearly 80% of all pedestrian-vehicle accidents say that the pedestrian was at fault. Let’s take a look at why this might be the case. 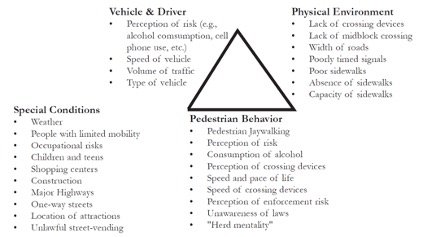 Studies tell us that there are many factors as to why pedestrian-vehicle accidents occur so often. Here are a few examples and situations in which jaywalking may cause accidents:

Why Do People Jaywalk?

Even though jaywalking is illegal, people still do it. The most likely reason is convenience, but there is another factor at play: The law itself doesn’t matter when it comes to jaywalking. Instead, the local city’s culture and attitude towards the road laws also make a difference in how jaywalking is perceived and penalized.

One study found that large cities like Copenhagen and New York City have the same jaywalking laws, but jaywalking is much more common in New York City. This adds up because, according to one poll, 78% of surveyed Americans say they’ve jaywalked before, and nearly 30% believe that it should be legal in their communities. 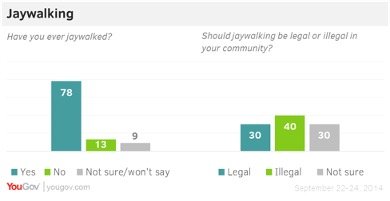 Additionally, pedestrians opt to jaywalk rather than use the crosswalk because it’s more convenient. Sometimes traffic lights can take longer than expected, or finding a crosswalk can require a long detour, meaning it’s easier and faster to cross a street wherever you want.

Although jaywalking is an illegal and dangerous activity, it remains low on most police radars. These violations are generally considered minor petty crimes that would take too much time and resources to spend on other vital issues.

Both pedestrians and drivers need to practice better road safety to bring down the number of pedestrian-vehicle injuries and fatalities. For example, pedestrians can avoid jaywalking and only cross the street at marked crosswalks.

Additionally, those behind the wheel can take a defensive driving course, which teaches drivers how to be more aware of their surroundings and react the best way possible in unforeseen situations, like if a pedestrian suddenly crosses in front of your car.

Learn more about the benefits of a defensive driving course today. DriveSafe Online has been named “Best Overall Online Defensive Driving Course” by Investopedia. If you want to be a safer driver, learn from the best!