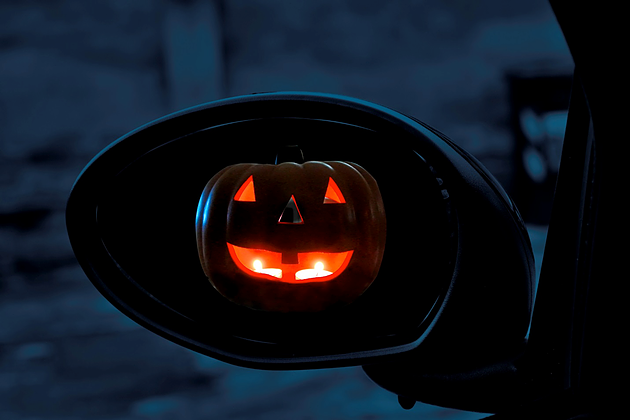 Halloween has the highest rate of pedestrian fatalities of any day in the year, and most of those injured or killed tend to be children, so it’s more important than ever to keep aware on Halloween, both as a driver and as a parent taking your little superheroes and ghouls around the neighborhood. Here are ten tips you can use to keep your family (and others) safe this year from car accidents, whether you’re in or outside the car.

Look for costumes that have a bright color scheme if your child wants to dress as a character that will allow for it.

Vampires and witches and werewolves don’t work well in magenta and construction area orange (unless your child wants to be a construction worker who’s turned into a werewolf!), so find places to attach reflective tape or patches to costumes.

Carrying a flashlight or lantern not only keeps children from tripping and hurting themselves or falling into the street, but allows for yet another point of visibility for drivers.

4.    Use Face Paint and Wigs Instead of Masks

Masks can significantly reduce visibility, especially the full-face hard plastic masks that come with some less expensive costumes. As people operate with reduced visibility, they can actually become accustomed to it and think they have visibility they don’t, which can cause them to take unnecessary risks. Instead, opt for face paint or prosthetics that stick to the face with spirit gum and won’t inhibit range of vision (for older children).

If sidewalks are available, use them. If they aren’t, it’s much safer to walk through the outer edge of a neighbor’s yard than in the street.

Walking out from between parked cars can be risky in the middle of the day, but at night it can easily become deadly, especially with increased night traffic during the holiday. Opt to walk trick-or-treaters to the corner to cross the street instead.

Not only will kids have more fun traveling together, but traveling in a group increases your visibility to cars driving through the neighborhood. Having a larger group with a few adult chaperones also means extra pairs of eyes to keep an eye on children who might be lagging behind or wandering into the street.

8.    Remind Kids of the Rules Before Leaving

Most children are told repeatedly “look both ways when you cross the street” or “hold my hand when we’re near the road,” but it’s easy to forget in the fun of Halloween night. Before taking children out, sit down with them and remind them of the basic rules for walking on the street around traffic.

This applies both to drivers and pedestrians on Halloween. Alcohol is often a centerpiece of many Halloween celebrations, but with all the extra activity around especially in neighborhoods, your alertness, particularly as a driver, is vital to avoid a tragic end to the night.

10. Drive Extra Slow in Neighborhoods (or avoid them when possible)