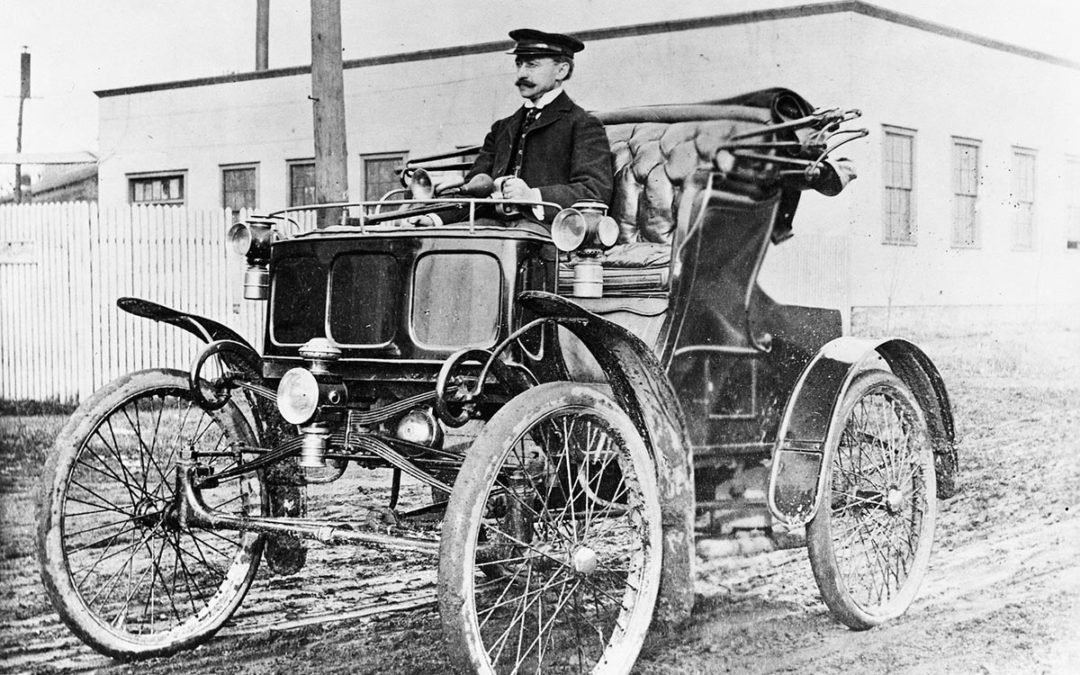 If you have received a speeding ticket, you know the feeling when you see the flashing lights in your rearview mirror. Take frustration, mix in some confusion, and add a little nervousness and you get the idea.  It can be an emotional experience.

Today, we are used to seeing patrol cars parked along the streets and highways monitoring traffic speed with radar guns. It wasn’t always that efficient. In fact, stopping drivers for speeding in the early days of motor vehicles was an exhausting endeavor.

On a cold day in the winter of 1896, a Paddock Wood, Kent (England) constable was patrolling his beat on his police vehicle. From all indications, it was likely just another relatively uneventful day.

Suddenly, a speeding motorist zipped by the constable. The driver was clearly breaking the law with his outrageously unsafe behavior. The constable immediately gave chase – on his bicycle (this was 1896, remember).

A hot pursuit followed taking five miles for the constable to stop the speeding driver.

He breathlessly approached the car. The driver, Walter Arnold, was a car dealer and sold Benzs, a car we now call Mercedes Benz.

Walter Arnold: “I say, Constable, you really should petition your superiors to provide you an upgraded police mount – like one of my new Benz motorcars. It’s the finest in German engineering, you know, old boy.”

The Constable gave Arnold a ticket – the first speeding ticket in recorded history – thoroughly pleasing Arnold. For you see, Arnold was one of the world’s first auto dealers as well as manufacturers. He sold Benz cars as well as his own Arnold “motor carriages.”

Getting a ticket for going a blazing 8 MPH through town and being pursued for five miles by the constable was great publicity. But, in a day where most traffic was pedestrian or equestrian, the speed limit for these new “horseless carriages” was only 2 MPH. That kept them slow enough that people and horses could easily get out of their way. And, they wouldn’t make so much noise they would panic any horses on the streets.

Ever heard the old saying that “laws are usually written with someone’s blood?” Traffic laws are written to prevent the accidental spilling of someone’s blood because of a traffic accident. Another one tells us “Speed Kills.” Did you know that in 2018 alone, speeding killed 9,378 people? In 2017, speeding was a contributing factor in 26% – or in one out of every four – of all traffic fatalities.

Speed can even be a factor in accidents even when traveling at or below the speed limit. How can that be, you may be asking? What about going faster than road conditions would permit in ice, rain, or snow?  Or when the road is under repair? What about “overdriving your headlights” (not being able to stop inside the illuminated area ahead)? Any of these are unsafe even though you may be driving at the posted speed limit.

Speeding affects everyone on or near the roadway, not just the speeding driver. This includes passengers, pedestrians, road repair people and even law enforcement officers.  And speeding tickets on your driving record can raise your insurance rates.

One way you can increase the chances that you’ll “drive to arrive alive” is easy; you can refresh your road knowledge by taking one of our defensive driving courses. And, depending on where you live, your state laws and what insurance you have, a driver improvement course may help you get a discount on your vehicle insurance or avoid a traffic violation going on your driving record.