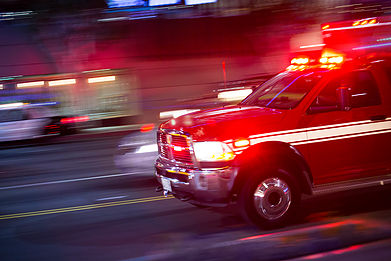 Have you ever gotten behind the wheel of your car after a drink? It’s tempting. Maybe you’ve been on a night out, and your friends encourage you to stay longer than you had anticipated. One drink might soon become two, and then three.

The consequences of driving while intoxicated can be fatal, which is why there is such a high penalty for operating your vehicle under the influence.

If you need any further reminder as to the damage that drunk driving can do, here are some drunk driving statistics that will horrify you.

Drunk Driving Makes Up a Huge Amount of Fatal Crashes

Drunk driving is one of the leading causes of death in crashes. The statistics paint a grim picture, though one that is moving in the right direction.

Although the overall reduction in fatal accidents and the percentage caused by alcohol is good news, there is clearly a great amount of work to be done in encouraging the population to stop drinking and driving.

Many states offer options to those who have been convicted for alcohol impaired driving to reclaim their driving license. For example, you may demonstrate good behavior by attending drunk driving awareness courses.

There are a number of reasons why this might be a good option to have at your disposal. If you drive to work, then public transport options might not be valid. They may be too expensive or not exist at all, meaning your only other option is to rely on taxis. Without a valid method for getting to work, you may have to give up your job, which could then lead to you losing money rapidly.

If you work for a company that requires you to have a driving license, then being able to reclaim it might mean you can get your old job back and start earning again.

Some states, however, are a lot stricter and prevent drivers from getting their license back until their driving license ban has come to an end. These states include: 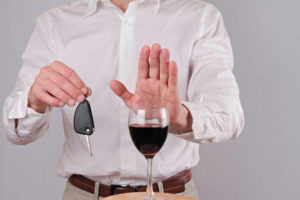 There is an illusion that those driving with a small amount of alcohol are not alcohol impaired drivers and are unlikely to crash their car. It’s easy to fool yourself.

Maybe you feel that just one drink with your work colleagues or a beer with friends a few hours ago will not harm you. Perhaps you had one glass of wine with a Sunday dinner and just want to drive one block up the road.

However, drunk driving statistics paint an entirely different picture when it comes to blood alcohol concentration (BAC). The National Highway Traffic Safety Administration (NHTSA) recently conducted a crash risk which concluded that drivers with 0.5 grams of blood alcohol content were twice as likely to be in motor vehicle crashes than those who hadn’t had a drink. Those with 0.8 grams of BAC were four times more likely to crash than those who hadn’t had a drink.

To put these statistics into context, on average, a normal drink contains around 0.6% of pure alcohol. A normal drink is defined in the U.S as:

Remember that one of the reasons drinking even a small amount is not acceptable when driving is because everybody’s tolerance to alcohol is different. You can never know for sure how safe you are going to be.

There are many key factors that affect how the body absorbs alcohol and how we are affected by it. One factor is our height. If you are small, the chances are you will be affected by alcohol more than someone who is relatively tall.

Another factor is sex. Men and women tend to process alcohol at different rates with women generally being affected by alcohol more than men.

It also depends on the last time you had a drink and what you have eaten before you drank. If it has been several months since you last had even a small sip of alcohol, the chances are greater that it is will affect you more than someone who drinks every day.

Eating also affects the way we process or digest alcohol. Generally, it is better to drink after a large meal rather than on an empty stomach.

Other variables include medication that you are currently taking. Some medicines allow you to take alcohol with them, but come with a warning that the way your body processes alcohol might change.

All of these factors are not an exact science. Every person processes alcohol at slightly different rates. It is a variable that is hard to predict, even with a breathalyzer, and this is why it is important not to drink and drive with any amount of alcohol.

Your judgment will be poor. Judgment is crucial when driving a car, particularly if you have to react to a situation like driving in rain that you did not expect. You will also be more relaxed, which might mean you are not paying as much attention to the road as you should be. Driving while distracted is one of the most common driver mistakes.

You will become slightly erratic and animated. This is great for a party where you will no doubt be the center of attention, but getting behind the wheel when you are this excited is an absolute no.

If you lose control of some of your body – a possibility – then you may not have the physical agility to react in time, let alone the mental capacity to avoid an accident.

At this level you will be at the legal limit, baring the State of Utah, which is the first state to lower the legal limit to .05%. Coordination is the key feature that will be lost when you are this drunk. You will no longer be able to properly work your body and the vehicle at the same time. Even if you feel in control, you will not have the capacity to control the car safely.

You may even start to have memory problems, which can affect your ability to remember which gear you are in or even where you are. Driving with this level of alcohol in your system is unsafe.

What About Underage Drivers?

High School Students Get Behind the Wheel Drunk 2.4 Million Times Each Month

Even in the age of smartphones and twenty-four-hour news cycles bombarding young people, it’s still a carefree time. But it’s important that teenagers understand their responsibility too. High school students get behind the wheel drunk 2.4 million times each month, as the Center for Disease Control and Prevention reports.

This is an incredibly high statistic, and is probably made worse by the fact that teenagers are not as good at driving as adults who have more experience. Teens also shouldn’t be drinking, so the alcohol may affect them more than older adults who routinely drink.

If you are a parent, it is important that you have an honest conversation with your son or daughter about the need to resist the underage drinking culture so that they can maintain safe on the road. Always emphasize the point that if they have had a drink, they should always order a taxi, Uber or Lyft to ensure that they get home safe rather than hoping into their own car to drive.

There are criminal sanctions to getting behind the wheel drunk. Your teenage sons and daughters must understand that such sanctions could affect their ability to get a job later in life as their criminal record stays with them.

Some of the criminal penalties that can affect them include a driving ban, a fine or an interlock device that is placed upon the car to prevent the start of ignition if the driver has alcohol in their system.

It is also worth pointing out the stress that having to attend a criminal trial can do to both your teenage son or daughter and you as parents.

Drunk driving statistics show that underage drinking kills 17 times more teens than it does adults, according to the CDC again. This level of vulnerability is hard for most teenagers to fathom.

It’s also the case that there is a misconception that cars are so safe that only a really serious crash can result in fatality. This is not the case and it is important that you make this clear to your teenage children.

A lot has been done to improve the statistics on underage drinking, and there has been a notable decrease in fatalities – more than half – since 1991. But this does not mean the problem has been eradicated. There is still a great deal of work that can be done in terms of education and public information to reduce the number of teenage deaths due to drunk driving.

Of all the drunk driving statistics, the most hard-hitting fact is the correlation between teens who drive drunk and are involved in fatal accidents compared to those who drive drunk as adults. The fact that 17 times more teens die highlights how important it is that young people know the law and understand the consequences of drinking under the influence.

The combination of being inexperienced drivers and inexperienced drinkers can have horrific, even fatal consequences for young people that they may not have fully considered. Even a small amount of alcohol can have a big impact on the way we drive, affecting our memory, concentration and our physical ability to control our muscles and the car itself.

If you are interested in reading more about our DriveSafe Online® courses and how one can make you a safer driver, be sure to click here to get started.