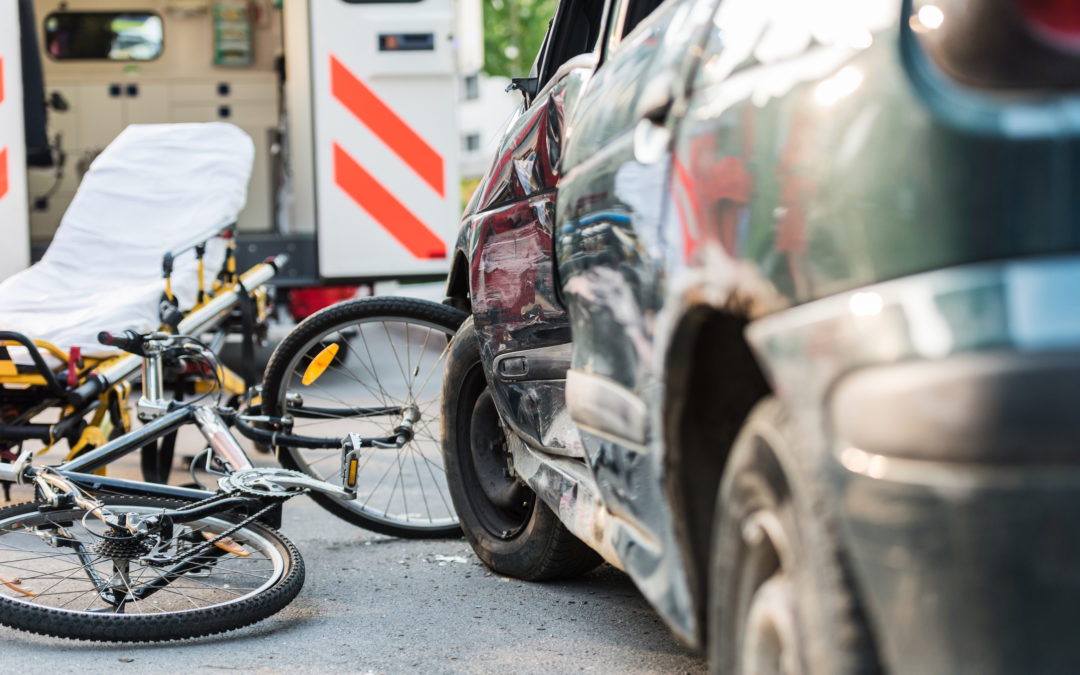 Of course, this year’s celebration will look a little different since we’re in the midst of the COVID-19 pandemic, but bikes are still out on the road and drivers and cyclists alike need to be aware of how to share the road. In 2018, 857 bicyclists were killed after being in a traffic accident and we want to help bring this number down.

May Is (Still) National Bike Month

This year, the League of American Bicyclists is still expecting to see thousands of socially distanced, solo, and virtual events taking place across the country. With the effect of the lock down on mental health and millions of people out of work across the country, biking just might be more important than ever.

Whether you still need to go to work every day or simply run to the grocery store, mass-transit isn’t the best option right now. However, a bicycle is a fantastic way to get where you need to go without cramming into a bus full of people.

Getting outside and exercising can help increase endorphins in the brain. These are the “feel-good” chemicals that make you happy.

So if you’re feeling glum because of your situation right now, get out and go for a bike ride. It’s a great way to get exercise while ensuring that you maintain proper social distance. Your situation won’t change, but your perspective might.

National Bike Month rides on with one notable exception, the League’s promotion of Bike to Work week will be postponed until September 21-27, 2020.

Instead of focusing biking to work days as they usually do during the promotions in May, they will be focusing on riding “there” — wherever “there” is. Thus, whether you’re making a trip to the grocery store or just getting out of the house to blow off some steam, you can participate in National Bike Month too!

There are a number of reasons that people choose to ride bikes. These include:

However, being struck by a car is NOT one of the reasons that people enjoy bicycling. Let’s look at what bicyclists and drivers can do to safely share the road.

Since bicyclists have a higher risk of being badly hurt or killed in a traffic accident, most people naturally put more blame on the driver. After all, it only makes sense that a bicyclist would be vigilantly watching out for themselves. Drivers are more likely to be distracted by texting or something else.

Surprisingly, this isn’t always the case. In California, around 27% of bicycle accidents involve a cyclist that had been drinking. Men are also injured at a much higher rate than women (8 times higher death rate), presumably because women tend to be more cautious riders than men.

So what can you do to protect yourself as a bicyclist?

The safest place to travel is in the bike lane. However, not all roads have them or they may be blocked by parked cars, trucks being unloaded, etc. In that case, you’ll need to move into the general travel lane. Be sure to check around you for cars before moving into the travel lane, just as you normally would when changing lanes.

When riding in the general travel lane, stay as close to the curb as possible to give yourself a space bubble. Just be alert for doors opening suddenly on a parked car.

Even though you probably won’t be seriously injured or killed in a bike accident, you still have an obligation to watch out for bicyclists. Not only is it the right thing to do, but also do you really want to have the death of a bicyclist on your conscience? Take care of your roadway companions in the following ways:

Take special care at intersections. Bicyclists will usually be traveling on your right side, so keep at eye out when turning right. Drivers can get lax with this because they don’t expect any cars to be there. Remember, other cars aren’t the only wheels you’re sharing the road with.

Bicyclists can also use left-turning lanes, so be vigilant and watch out for them in the middle of intersections.

Sharing the Road and Saving Lives

Whether to save the planet or simply get some exercise, there are plenty of great reasons to ride a bicycle. That’s what National Bike Month is all about, celebrating bicycling as a mode of transportation, a sport, or simple pleasure. We can do that even in the midst of a pandemic. And to make sure that everyone gets home safe at the end of the day, let’s watch out for each other out there.

Stuck at home during the pandemic? Why not redeem some of that free time and take an online driving course to help sharpen your driving skills? You could even save money on your car insurance! Check out our demo to learn more.