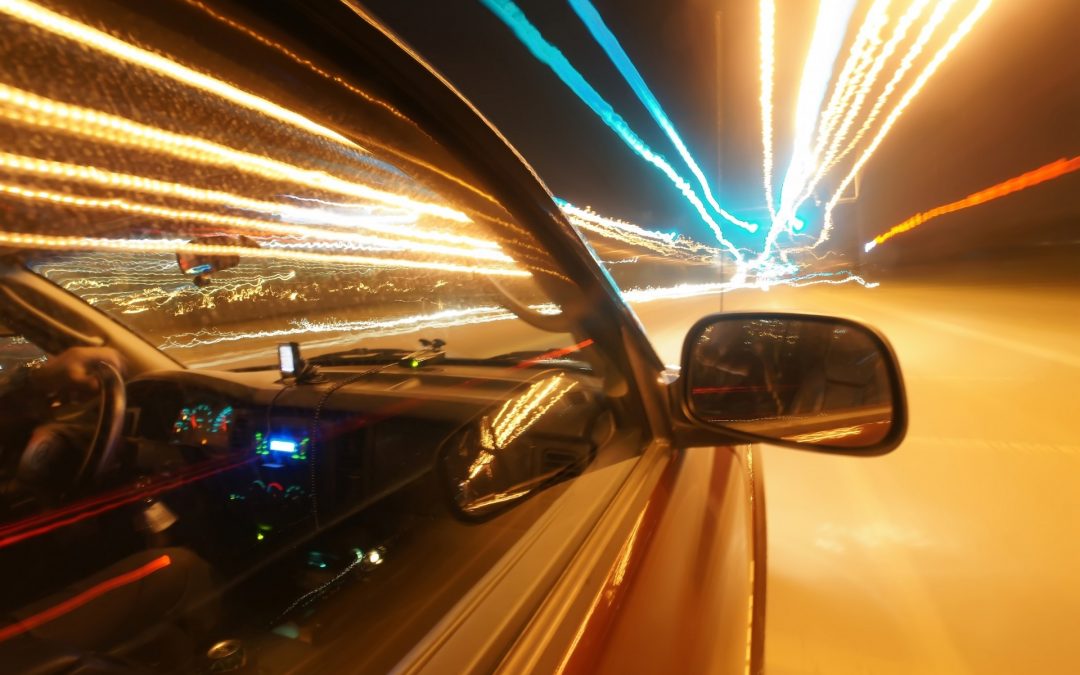 Have you ever been driving in the left lane, breezing past the other cars hanging out on the right side of the road, and suddenly seen flashing lights in your rearview mirror? The next thing you know, you’re being pulled over by the police.

But wait! You’re in the fast lane. You’re supposed to drive here if you’re going faster than the rest of the traffic, right? Wrong!

What many drivers don’t realize is that something called the keep right law applies in most states. Let’s take a look at the ins and outs of driving in the left lane.

What the Left Lane is Used For

While laws surrounding the left lane vary from state to state, every state allows vehicles to drive in the left lane for passing. This is only permissible, however, when there is more than one car traveling in the same direction.

Interestingly enough, most states won’t let slow-moving vehicles drive in the left lane if they’re not making any effort to turn or pass another vehicle. They require vehicles to move to the right lane if they begin to block left lane traffic.

In Georgia, the Slowpoke Law requires drivers to move to the right if a faster vehicle approaches them. Even if they are going the speed limit, they must move out of the way of the other vehicle.

Several states also enforce the Move Over Law, which requires drivers on roads with two or more lanes to stay one full lane away from stopped emergency, maintenance, and construction vehicles with flashing lights activated.

Other states are even more strict. These states designate the left line solely for turning left or passing other cars. Driving in the left lane in these states can land you a ticket that comes with a hefty fine.

Which States Have Left Lane Laws

Surprisingly, all fifty states in the US have left lane laws. However, each state has slightly different regulations:

Before traveling to a new state, it pays to check the driving laws. Otherwise, you could earn yourself a ticket which can lead to a hike in auto insurance rates.

Why These Laws Exist

So, what’s the point of these laws? And, why are they so important to drivers out on the road?

The fact is, you can pretty much guarantee that there’s someone else who’s going faster than you at any given point in time. However, left lane laws can help clear up traffic.

By implementing laws about the left lane, law enforcement can help keep cars moving along. They can also prevent drivers from developing road rage, which can lead to dangerous accidents.

On top of that, when a slower vehicle is traveling in the left lane, it can cause other drivers to have to maneuver around them. These maneuvers can often be dangerous and can lead to accidents on the road.

Police take highway safety very seriously, and part of that is monitoring the passing lane. In some states, police have been coming down hard on drivers who stay too long in the left lane and giving out tickets.

A few states where you’ll want to watch out for a left-lane ticket include Washington, Illinois, Ohio, and Texas. The hope is to get drivers to realize the effects of their actions on other drivers and to help keep traffic moving along steadily.

On top of this, it’s important to note that some police will ticket you even if you’re going the speed limit in the left lane. If you’re moving slower than the other traffic, even if it’s at the speed limit, you’re still at risk of being ticketed.

Since studies have shown that nearly ten percent of all highway accidents are caused by lane changes, it’s no wonder police are coming down hard on left-lane drivers. By issuing tickets, they can discourage drivers from hanging out in the left lane and forcing other cars to maneuver around them.

It’s not just the police that is concerned about lane safety. In fact, the National Motorists Association, also known as the NMA, has dubbed June “Lane Courtesy Month.” The goal of this plan is to help promote lane safety.

The association realized that many drivers behave in an intentionally malicious manner to cut other drivers off. This is dangerous and can lead to major accidents and traffic jams.

In an effort to avoid this, the NMA hopes to encourage lane safety and make the roads a better place to drive. They raise the very good point that “If everyone would practice lane courtesy, driving would be more enjoyable, our roads would be safer, congestion would be reduced, and we would even save money on gas!”

Know About the Keep Right Law

Knowing about the keep right law is not only important for avoiding tickets, but also for passing safety protocol. By knowing about this law, you can help keep yourself and others safe while out on the road.

Understanding the slowpoke law isn’t the only key to driving safely. Being a defensive driver is also key to keeping yourself and others safe when you’re behind the wheel.

If you’re interested in becoming a better driver, check out the defensive driving courses offered online at DriveSafe Online. Select your state and enroll today!