Is it Legal to Change Lanes in Intersections? 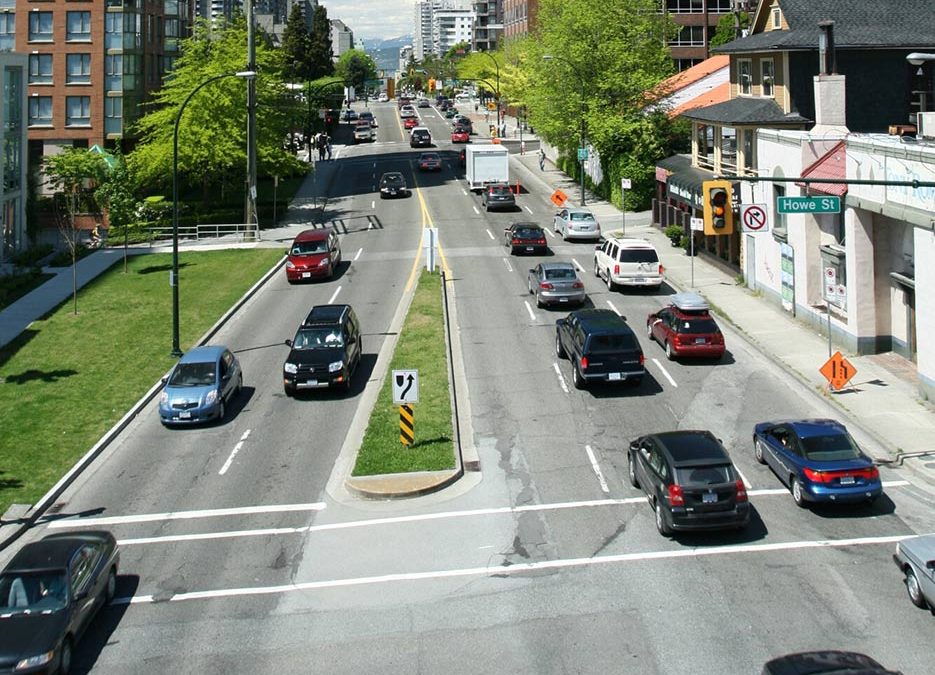 Is It Illegal to Change Lanes in an Intersection?

Each year, an estimated 10,000 traffic fatalities result from intersection accidents. This includes everything from four-way stops to multi-lane intersections monitored by traffic lights.

Intersections are a necessary part of our roadway system, but they can also be dangerous. This is especially true when some drivers aren’t following the rules of the road or driving predictably.

Is it illegal to perform a lane change in an intersection? Does it matter if you’re still behind the white line or in the center of the intersection?

There is a lot of confusion about intersection lane changes, what’s legal, and what’s safe. Read on to learn everything there is to know about changing lanes in an intersection.

Can You Perform a Lane Change While Approaching an Intersection?

First, let’s talk about proper driving behavior when approaching an intersection. You’re driving toward a light with two or more lanes, some of which are turning lanes. At the last minute, you realize that you’re in a turning lane and want to go straight or that you need to get into the turning lane.

Is it legal to make a sudden change? It depends on a number of factors, including your state’s specific laws and how close you are to the light.

Some states, for example, may not allow lane changes within 100 feet of an intersection. If you’re too close to the light, you should stay in your lane, follow the direction of the lane, and correct your route once you’ve made it through the intersection safely.

In most states, the lines between lanes will tell you what is and isn’t legal. If your lane is divided from the next lane with a solid white line, it is likely illegal to cross it. Common exceptions are to avoid a hazard (like an out-of-control vehicle) or if instructed to do so by a construction sign or police officer.

To review, you may need to perform a lane change at a designated distance from an intersection in order to abide by state laws. You likely cannot cross a solid white line at an intersection, while dotted or separated white lines are legal to cross. You should always verify your state laws or the laws of a state you plan to drive through.

Can You Perform a Lane Change While Driving Through an Intersection?

Ask most drivers and they’ll tell you that it isn’t legal to change lanes while you’re passing through an intersection. In other words, once you leave your designated lane to cross the space between lights or stop signs, you’re expected to stay in your lane. Is this true?

The answer is more complicated than you might think. Very few states have a specific law saying that you cannot change lanes while passing through an intersection. However, that doesn’t mean that you should do so, or that you’ll never run into trouble for doing it.

Why Did You Get a Ticket for a Seemingly Legal Lane Change?

Let’s say that you live in a state where changing lanes in an intersection isn’t illegal. You drive through the green light and start to change lanes halfway through the intersection, and a police officer signals for you to pull over. If you didn’t break a law, why are you getting a ticket?

Chances are, you have committed what is called an unsafe lane change, which is illegal in all states. It doesn’t matter that you are legally permitted to change lanes if you do so in a way that was dangerous to yourself or others.

The reality is that even if it’s legal, changing lanes in an intersection isn’t safe, particularly when it’s crowded with cars, pedestrians, and more. A lot is happening in an intersection, from cars making left turns across traffic to pedestrians crossing the road. Adding a layer of unpredictability by changing lanes in such a bustling part of the roadway can cause both minor and serious accidents.

Why Staying in Your Lane Is a Good Defensive Driving Tactic

If you want to become a safer driver, it’s time to become a defensive driver. Defensive drivers don’t just abide by clear-cut traffic laws. They also drive in a way that is predictable and logical to minimize the risk of causing an accident.

There are a number of reasons why staying in your lane when passing through an intersection is good defensive driving. For example, every car has blind spots that prevent you from seeing cars, bikes, or other vehicles that are close by. Because intersections are often congested due to stop signs and lights, it’s best to assume that someone is in your blind spot and that you don’t have room to change lanes in front of them.

Another reason is that other drivers are likely not predicting that you will change lanes in that moment. They may think that it’s safe to turn or go straight, not realizing that you are trying to change lanes in a way that might temporarily block their path.

Even if staying in your lane means driving in a direction you didn’t intend, it’s always safer to continue the trajectory and circle back when it’s safe to do so. Yes, it might add a few minutes to your drive, but it may also save you from causing an accident or getting a ticket.

It’s a common misconception that making a lane change in an intersection is illegal. However, the legality of changing lanes in an intersection doesn’t mean that it’s always a safe choice for you and others on the road. Defensive driving is about increasing the safety of our roadways, even when certain choices aren’t illegal.

Enrolling in a defensive driving course can take points off your driving record, lower your car insurance, and prevent you from losing your license.

If you are ready to save money on your auto insurance, a DriveSafe Online defensive driving course completion certificate could be worth hundreds of dollars in discount savings on your insurance premium. Select I’M READY to lock in your low price now. You can begin the course whenever your schedule allows.

Do you have multiple employees who drive for business? Get your fleet drivers safety certified in as little as 60 minutes. DriveSafe Online fleet driver safety courses are designed to help decrease employee downtime, increase workforce productivity, and prevent costly accidents before they happen. Whether they drive company vehicles or their personal cars to complete business tasks, training your drivers is smart business. Select ELIMINATE RISKY BEHAVIOR to protect your drivers and your business.