Is it Illegal to Wear Headphones While Driving? 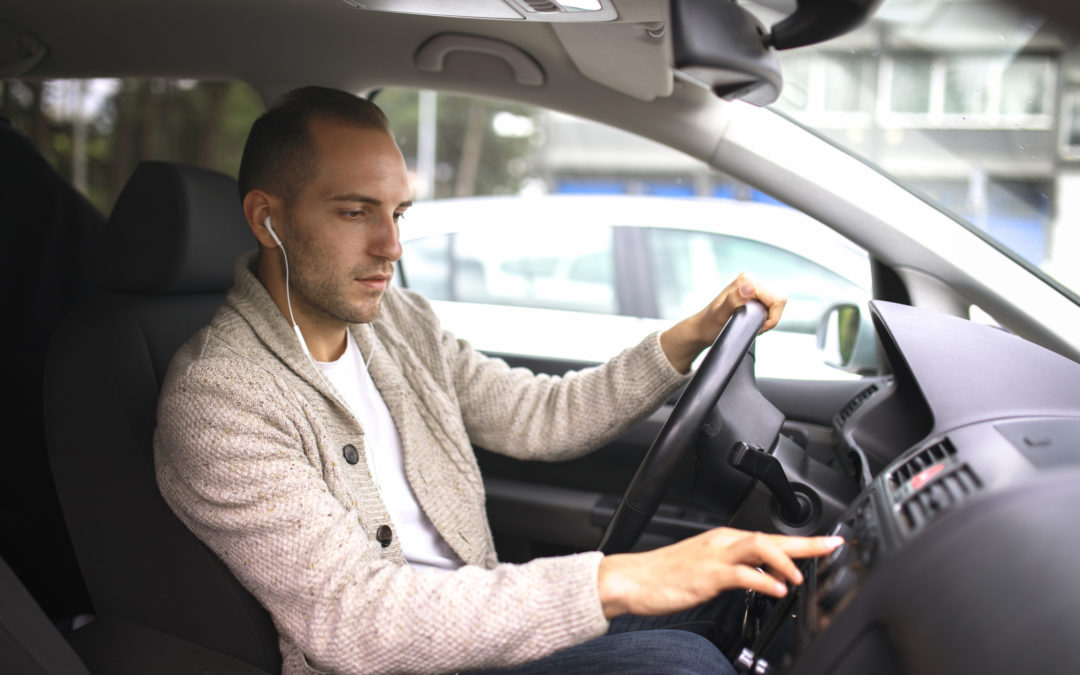 Is it Illegal to Wear Headphones While Driving? This is What You Need to Know

The number of pedestrians who have been hit by a car while wearing headphones has tripled since the early 2000s. Clearly, headphones are distracting for pedestrians. But what about drivers?

Is it illegal to wear headphones while driving? In the event of an accident, would headphones be grounds for a negligent driving charge?

What if you don’t hit anyone while driving with headphones in? Can you still get pulled over?

Read on to find out all about the laws and regulations regarding driving with headphones on or earphones in both ears.

Is It Illegal to Wear Headphones While Driving?

The short answer is that it depends on where you live. Most driving laws are dictated at the state level, including this one.

In a few states, such as Maryland, Louisiana, Ohio, and Rhode Island, driving with headsets or earphones in is 100% illegal. In these states, you can, in fact, get pulled over if a police officer notices that you are driving with one or both headphones in. It should be noted that hearing aids do not count as headphones and are not illegal to wear while driving in any state.

Many states allow headphones or non-hearing aid earpieces circumstantially. For example, in Pennsylvania, you are not allowed to wear a pair of headphones or earbuds. However, you may use a single-ear audio system such as a Bluetooth in order to make hands-free phone calls.

In fact, the majority of the states that don’t consider the use of headphones while driving outright illegal have a one-ear rule. In other words, you can use an earbud or a Bluetooth wireless headphone in these states as long as one ear is still free. Make sure you check your state’s laws before you get behind the wheel with your earphones in both ears.

Why Is It Dangerous to Wear Headphones While Driving?

Even if it’s not illegal to wear headphones in your state, you should still consider them a dangerous form of distracted driving. You may be thinking, “But if I don’t use headphones, I’ll just listen to the radio or make phone calls through my car speakers. How is that different?”

When you listen to music or have a conversation through your car’s speaker system, you are not drowning out sounds around you. Even if headphones or earbuds aren’t noise-canceling, driving with headphones in is still like plugging your ears. Not only can this take your mind off of the road around you but it can prevent you from hearing important warning sounds.

For example, if you have both headphones in and your music turned up, it’s highly unlikely that you will hear a siren. This means that you’ll fail to pull over at an appropriate time, resulting in either the obstruction of or collision with an emergency vehicle.

You may also fail to hear the warning honk of a car nearby. If a car has to honk at you, that means that you’ve already failed to see them. With headphones in, you’ve failed to hear them, too. Chances are, this is going to cause an accident.

Overall, headphones are a distraction. They hurt your ability to drive defensively and prevent accidents or dangerous situations occurring to or around you.

I Got in an Accident While Wearing Headphones – Now What?

The severity of your legal punishment will, once again, depend on the state’s laws.

For example, if this occurred in Maryland, where wearing headphones while driving is illegal, you could get charged with reckless driving. Reckless driving is considered unlawful driving with a disregard for the safety of others.

Regardless of the final outcome in court or otherwise, getting into an accident that is deemed your fault can have lasting repercussions. For example, you may end up with points on your driver’s license. If you get a certain number of points in a certain period of time, you may have your license suspended for up to a year.

You may also be faced with fines that you have to pay to the state in addition to the compensation you may owe the person involved in the accident. While your insurance is supposed to cover this compensation, it will still put some strain on your own wallet. Insurance companies have a tendency to raise their premium for drivers who have been in accidents, especially if they were required to provide compensation for the other people involved.

What Do I Do About These Insurance Premiums?

Taking these courses voluntarily or in response to a court order shows your insurance company that you are doing what you can to improve your driving and avoid the same mistakes you’ve already made. This makes you less of a liability!

Even if, in your state, the answer to the question, “Is it illegal to wear headphones while driving?” is no, it’s in your best interest to take them out before getting behind the wheel.

Why? Because headphones are a distraction that can put you and the people around you in danger. Plus, if you do get into an accident, it’s going to hurt your defense when it comes up that you were wearing headphones!

Whether you’ve already been in an accident or want to prevent accidents in the future, consider taking a defensive driving course. Select your state to access your online courses that can be done from any device at your own pace!