Driving Under the Influence of Marijuana 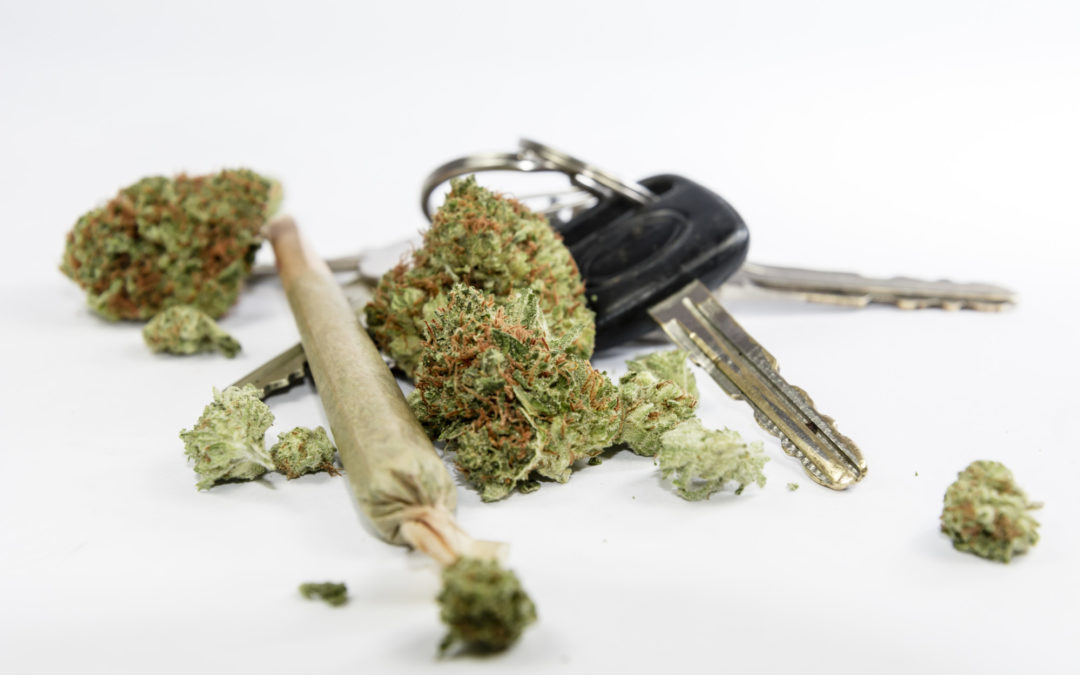 Driving Under the Influence of Marijuana: Laws and Dangers Explained

A 2017 poll revealed that 52 percent of Americans had tried marijuana. 44 percent of them continued to smoke are some are driving under the influence of marijuana. The prevalence of weed creates a big problem on the road. As far back as 2009, the National Institutes of Health pointed out that young adults — the age group most likely to smoke marijuana — had the most traffic accidents. The NIH theorized that one of the most dangerous side effects of the drug was the potential for hazardous driving. It’s more than just dangerous, though. Marijuana impaired driving will likely get you into legal trouble. And that’s only one possible issue if you’re caught high or driving with weed. Here’s everything you need to know about a marijuana-related DUI.

Driving Under the Influence of Marijuana Impairs Your Judgment

The problem with driving while high on weed is that it impairs a person’s judgment behind the wheel. Some people who smoke weed can pull themselves together for short bursts of concentration. However, in most cases, drivers suffer from significant reductions in their coordination abilities. Plus, their reaction time slows, which can be particularly dangerous when a railroad crossing, stoplight or another obstacle lays ahead. In most cases, a person’s ability to drive will be impaired for one to two hours after smoking weed. Aside from the above shortcomings, driving while under the influence of marijuana can also cause:

It’s still tough for investigators to determine the impact that weed has on a crash because marijuana stays in your system for up to 30 days after ingesting it. But the National Institute of Drug Abuse has found that smoking weed before driving can more than double the risk of an accident, depending on how much a person ingests.

Driving High on Weed Can Cause Legal Problems

Not only does driving under the influence of marijuana put you and others in danger, but it means you could get in trouble with the law. Every state’s laws will vary, as will the punishment you face and courses you’ll have to take to restore your license. But you can be sure that driving after smoking weed — and getting caught — will get you in trouble. In general, states class driving under the influence of weed as either a DWI or DUI law violation. The latter stands for driving under the influence, while the former means driving while impaired. Some states have laws about marijuana similar to those written to prevent or punish driving under the influence of alcohol. For instance, particular places have laws that regulate the level of THC a driver can have in their system. THC, of course, is the psychoactive compound in marijuana. So, a driver could face a per se marijuana DUI if authorities take a blood sample to prove THC was present — and, in some places, over the legal limit. It won’t matter if you can drive while smoking weed if the test results show it was present. In other states, there’s an impairment DUI, which you could face even without blood tests to prove the presence of THC. Prosecutors could argue their case successfully if you fail a field sobriety test, for example. Notably strange behavior, unsafe driving or slurring your speech can also qualify you for an impairment DUI.

Driving With Weed in the Car Is Also a No

In states that have legalized marijuana, you can drive with weed in the car. You just have to make sure you comply with state laws while doing so. For instance, if you have to be 18 to smoke, then you have to be 18 to have weed in your car. Laws in these states stipulate how you can behave while driving, too. They function like open container laws with alcohol, regulating a smoker’s behavior while they operate a motor vehicle. In some states, weed has been decriminalized, meaning you won’t get in trouble for having a small amount on you. As of July 2019, 15 states had enacted such laws. Seek out the particular regulations in your area to ensure you’re following the rules of the road. Otherwise, possessing weed can lead you to a criminal charge. Even if you’re driving entirely soberly, having marijuana on your person can get you into trouble with the law.

You Could Lose Your License — and Pay

Just as each state has its laws regarding DUIs and marijuana possession, they’ll set their own punishments for such charges, too. You can expect some similarities from state to state. On a first offense, charges may include:

Again, these punishments vary depending on the person who gets in trouble. For instance, someone with prior charges could face jail time or a more substantial fine. First-timers might get off after paying a small fine and completing a safe-driving class.

Stay Safe on the Road

Driving under the influence of marijuana puts you and everyone else on the road in harm’s way. Your safest bet — and the best way to avoid getting in legal trouble — is to stay out of your car if and when you smoke. You can become a safer driver with an online course in defensive driving, too. Check out our one- and six-hour courses to see which one’s right for you.