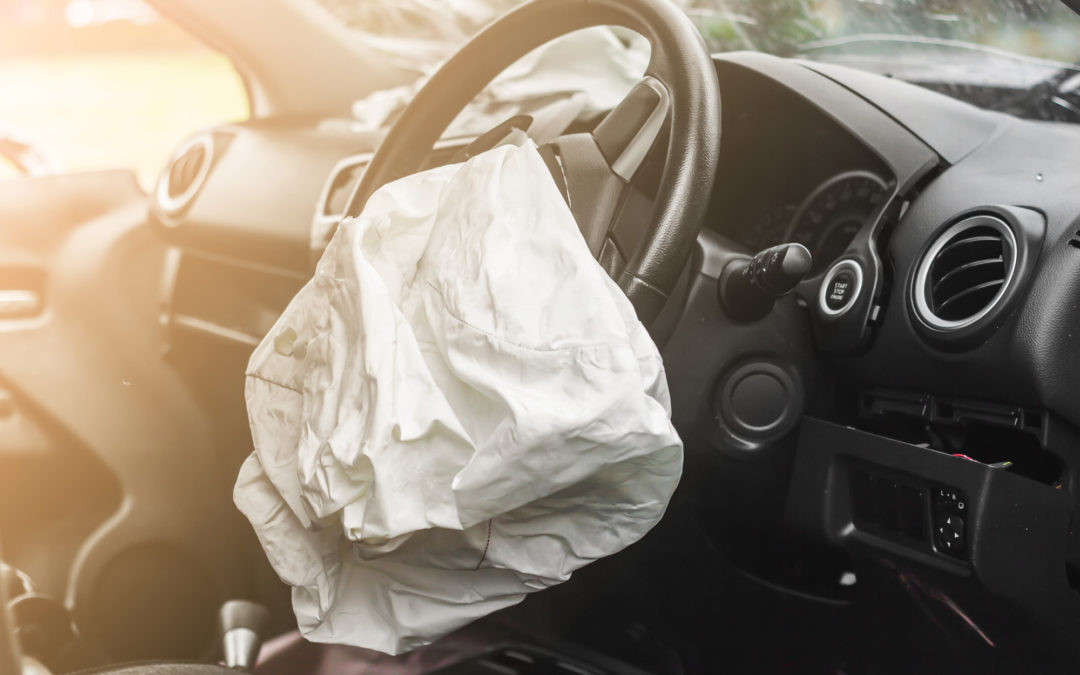 Air bags are a vehicular feature you might not think about on a daily basis. Yet, you’ll be glad they’re there if you need them.

Around in concept since 1953 and making their official automobile debut in 1973, these safety devices have seen quite the evolution in the past 50 years.

Today, we’re taking a closer look at the different kinds of airbags available, along with industry data that illustrates their critical importance. We’ll also review the key points in their history and what their future looks like down the road.

What is the History of Airbags?

Innovative for its time and still impressive today, the prototype was born out of a moment of panic and necessity.

The year prior, in 1952, Hetrick had been riding around Newport, PA in his 1948 Chrysler Windsor, along with his wife and young daughter. When a rock in the road forced them to stop suddenly, the impact jolted their car into a ditch.

No one was seriously injured in the crash, but it prompted Hetrick to wonder: Can I invent an object to come out and prevent someone from striking the inside of a car?

The cushion was born a year later, and a similar one by German inventor Walter Linderer was quick on its heels. Soon, power players Ford and General Motors were experimenting with inflatable restraint systems.

Yet, the models remained rudimentary at best and unsafe at worst, often causing devastating secondary injuries.

It wasn’t until New Jersey inventor Allen K. Breed invented the crash sensor in the late 1960s that the system would get the overhaul it deserved.

In 1967, the electromechanical automotive airbag system was born and the industry caught on. In the 1970s, Buick, Cadillac, and Oldsmobile began offering airbags in their vehicles, with Ford and Chrysler making the introduction in the 1980s.

On March 12, 1990, there was a major turning point. That day, airbags deployed in two separate, impacting vehicles, successfully protecting each driver from injury. By 1998, the federal government had mandated the inclusion of dual frontal airbags on all passenger vehicles.

There are actually four common kinds of airbags to know, all located at different points in your vehicle. Let’s take a look at each one below.

Since 1998, all cars sold in the United States have been required to include dual front airbags. While a few mainstream models, such as the Chevrolet Blazer, took a few years to catch up, they’re on almost all new and used cars available today.

If you’re driving a newer-model vehicle, yours might include a weight sensor on the passenger’s seat that will prevent the airbag from deploying if a child under a given weight limit is riding in the front.

As the impact of a deploying airbag could cause an injury in young children, the American Academy of Pediatrics (AAP) recommends that all children under the age of 13 sit in the rear seats of a vehicle.

As their name implies, side air bags protect drivers and riders from a side impact. Yet, it isn’t exactly that simple.

In a modern vehicle, you’ll find two different types of side airbags. These include:

Torso airbags are located in the side of seats. Designed to cushion your torso during a collision, they’re normally located only in the front seats. However, there are some luxury models that offer them in the back seats, too.

In this way, they are more critical than torso airbags, designed to protect your head above anything else. In most cars, curtain airbags cover both the front and rear seats. In some larger vehicles, they may also extend to offer protection to third-row passengers.

Note that while these are the two most common types of side airbags, they aren’t the only ones. Manufacturers, including General Motors, have debuted their own versions in recent years. Today, the GM Chevrolet Traverse, GMC Acadia, and Buick Enclave SUV all come equipped with “front center airbags”, located between the front seats.

Recently, major automakers have started installing knee airbags in their vehicles. Toyota is one of them. These are designed to prevent serious injury to your sensitive knee joint during a collision.

Located and deployed underneath the vehicle’s dashboard, they shield the knees of those in the front seat from making contact with the car above. As kneecap shattering is a common injury among high-speed frontal collisions, it’s expected that these airbags will become more standard moving forward.

In an accident, this seat belt will deploy like an airbag, but its underlying intent is a little different.

Rather than serving to shield your body from impact, these are designed to spread the impact of a collision over a wider surface area. This keeps the force from being too concentrated and helps reduce its overall severity.

Understanding the different kinds of airbags installed, what do industry numbers say about their effectiveness?

Research shows that front airbags reduce driver fatalities in frontal crashes by an impressive 29%. They also lowered death rates in front-seat passengers aged 13 and older by 32%.

Moreover, side airbags that offer head protection to reduce the risk of driver’s death in driver-side collisions by 37%, a statistic that ramps up to 52% for SUV drivers.

What do these statistics mean in terms of lives saved? The National Highway Traffic Safety Administration (NHTSA) reveals that from 1987 to 2017, frontal air bags saved a total of 50,457 lives. In 2017 alone, they saved an estimated 2,790 lives.

The history of airbags is compelling, but what about their future?

As industry leaders continue to look for ways to make the devices more effective, they’re creating new products that challenge norms and push standards in a new direction.

Take Honda, for instance. At the Honda Research and Development Center in Ohio, engineers are leading airbag development efforts, aimed at better protecting occupants in a range of frontal collision scenarios.

Specifically, they’re taking a close look at how angled impacts can cause an occupant’s head to rotate or slide off the airbag. Instead of a single inflatable compartment, their new airbags feature four different components, including:

The resulting design, slated for release in 2020, is meant to better cradle and protect one’s head, reducing the potential for rotation.

On a global scale, ZF Friedrichshafen’s test track in Germany is home to some of the biggest buzz to hit the market in recent years. Here, engineers are working to develop a tech-savvy new solution: external airbags. Featuring sensors that can predict a crash before it occurs, these airbags work to cushion a collision and minimize its impact.

In every corner of the industry, there are teams working to improve the functionality of existing airbag systems and see how they can make them as effective as possible. Other innovations include Mercedes’ quest to make rear airbags safer for kids, along with frontal airbags designed solely for self-driving cars.

The history of airbags reveals that since the very beginning, their sole purpose has been to shield drivers and their passengers from a potentially devastating impact.

Over the years, they’ve evolved from their basic beginnings into impressive, future-focused devices made smarter and more efficient as technology continues to mature. Reviewing the data on their success, it becomes even clearer that these important safety tools are some of the most important features of any vehicle.

As you seek to become a more defensive driver, it helps to know as much as possible about the airbags in your own vehicle. Yet, this is only one step in staying safe and smart on the road.

Are you facing an auto insurance rate increase due to an accident? Forced to pay a traffic ticket or take a court-ordered defensive driving course to avoid points on your driving record? Our online defensive driving courses are flexible, cost-effective and easy to complete on your own time. Find your state to start and let’s connect.