A History of the Traffic Light and How it May Change Again! 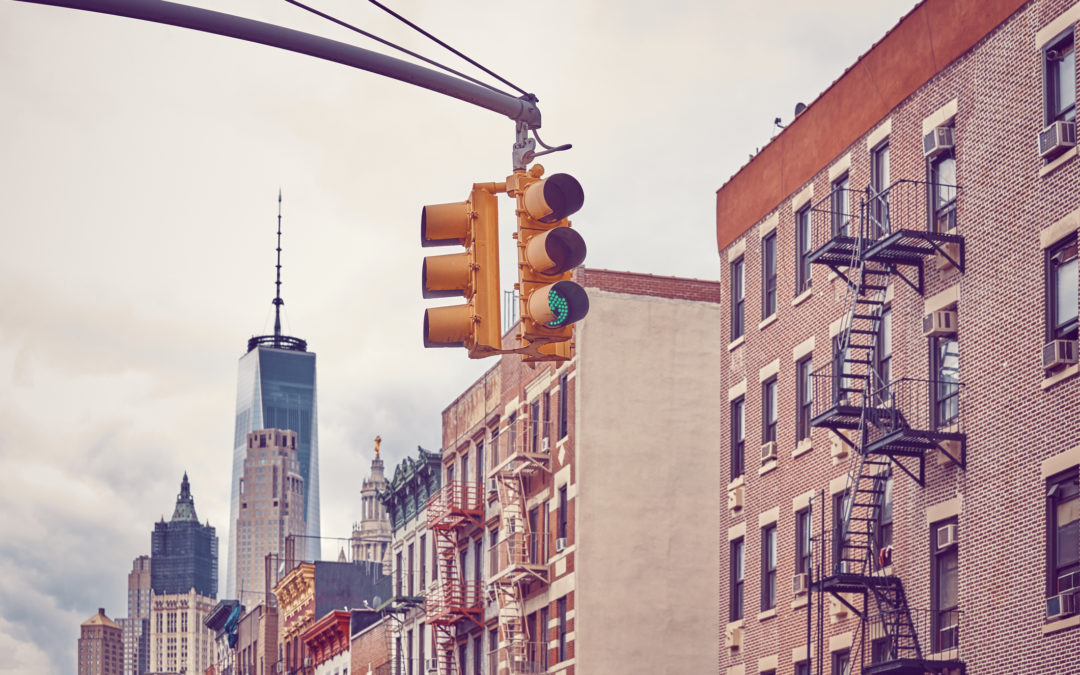 Defensive driving means responding to the changing conditions of the road. It’s the best way to make sure you’re safe — and free of traffic fines.

However, there’s one aspect to driving that still seems to trip up many old and new drivers. And that’s timing your driving decisions to traffic lights.

In 2018, 846 people died in crashes that involved running a red light. Overall, about 56% of Americans admit to running red lights because they’re often caught in the transition between yellow and red.

The good news is that traffic lights, which have come a long way since their birth, are about to change to avoid these kinds of situations.

What Did We Use Before Traffic Lights?

Many people believe that traffic lights and the modern automobile go hand-in-hand. It makes sense — after all, it’s car drivers who need a way to drive safely, yield to others, and communicate with each other.

However, traffic lights are related to the rise of cities and the Industrial Revolution. Even as consumers were adopting automobiles as the preferred means of transportation, there were still plenty of individuals using horse-drawn carriages.

The sheer number of people in densely populated cities like London and New York became impossible to control.

Before the first traffic light installation in London, it was up to traffic police to direct and control transportation flow. They had to be mindful of carriages, cars, and pedestrians, giving each group clear instructions on how and when to proceed.

Nowadays, of course, using law enforcement officers for traffic duty is an emergency tactic.  We only use these officials when a traffic light loses electricity, or the power grid is down.

What is the History Behind Traffic Lights?

The first traffic lights were a solution to overcrowding and speeding on streets, which caused major chaos, accidents, and even deaths in major cities.

In 1913, more than 4,000 people died in car-related crashes. Automobiles, carriages, bicyclists, trolleys, and pedestrians were all clamoring for space. Major roadways in U.S. cities couldn’t handle that kind of volume and speed. 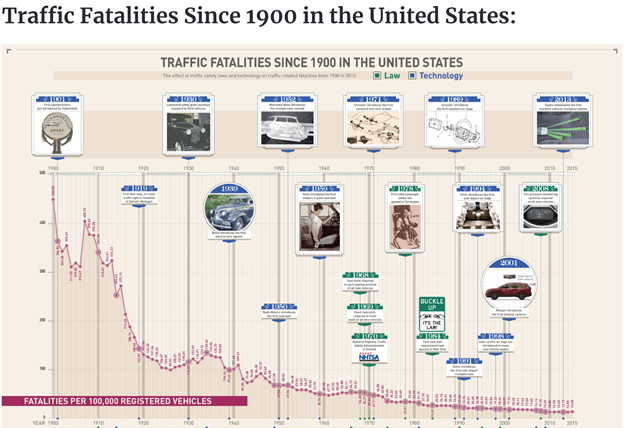 Who Invented the First Traffic Light?

J.P. Knight, William Potts, Lester Wire, and Garrett Morgan are all names you might hear in relation to the invention of traffic signals. In one way or another, these men did contribute to the modern-day, electrical traffic light design.

They each improved on the design and use of the traffic signals in the early part of the 20th century:

There was one more traffic light innovation just around the corner. In 1928, an inventor named Charles Adler Jr. developed a “sonic” traffic light. Cars could pull up and honk their horns, which would “sonically” trigger a light change.

This was actually the final iteration of the traffic light, which we base all our modern traffic signals on today. In 1929, he perfected the traffic light system by adding the pedestrian push-button to allow pedestrians the right of way.

What are the Different Traffic Light Colors?

No matter where you go, from country to country, traffic lights mostly mean the same thing.

Sometimes, there’s an additional “blue” light you may see in some countries. In Japan, for example, some signals don’t have a green light. Instead, they feature a blue light, which means go. That’s because the Japanese word for “green” is blue.

Besides a few international exceptions, the main traffic light colors are usually the same — red, which means stop, the yellow sign for slow down or take caution, and green for go.

It wasn’t always this way. While you may think red is a natural color that indicates alarm or danger, that’s not why it was the natural choice for the “Stop” motion on a traffic light. Instead, traffic light designers chose this color because of its long wavelength. This means a driver can see a red stop light from much farther away than a yellow or green signal.

Despite this, in the 1900s, some stop lights were yellow. While yellow has a shorter wavelength than red, it’s also easier to see in the dark of night than red! However, once we developed reflective materials, cities resorted to a uniform red all across the world. Yellow became the designated “caution” color instead.

Here are a few well-known traffic signal indicators in the United States:

Are Traffic Lights Going to Change in the U.S.?

Today, urban traffic lights are computerized. This allows smarter timing that adjusts itself based on the time of day or the needs of pedestrians who are crossing. We also have cameras and sensors that can detect the presence of cars, bikes, and pedestrians.

However, traffic light systems will change worldwide as the “Internet of Things” begins further to affect the way lights transition. For example, engineers can control traffic light systems so that they don’t turn red right as cars arrive or keep a car waiting at an intersection where there is no cross-traffic.

These are just a few examples of what the United States Department of Transportation calls responsive traffic signals. It estimates these systems could save as much as 10% of all motor fuel spent on our roads.

Traffic lights are such a standard for motion that even a child can tell you that red means “stop!” and green means “go!” However, it took years to create this instant recognition, as drivers’ behaviors evolved with traffic systems on the road.

One of the most effective ways to create good habits as a driver is to use a defensive driving course. With just a few hours of instruction, you’ll be able to make better decisions and choices while driving on the roads today. DriveSafe Online’s digital classroom means you never have to leave your home to master the most important signs and symbols on the road. Learn more about DriveSafe Online’s course options for insurance discounts and safe driving habits.