A Guide to the Safest Teen Cars 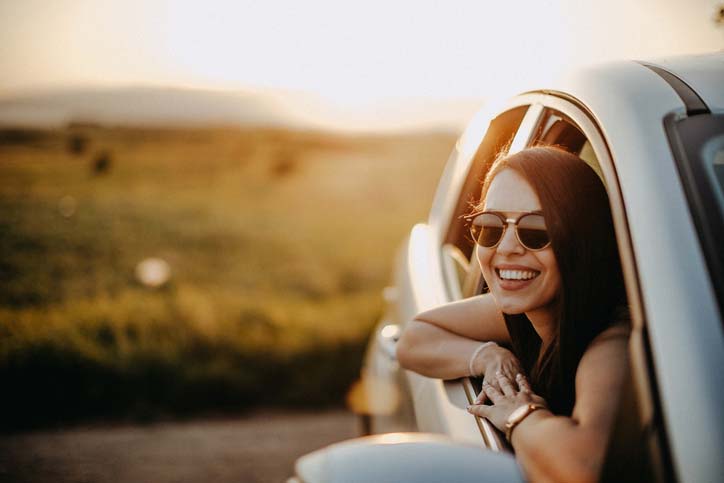 Turning 16 may be one of the most momentous points in a teen’s life. Finally, they can drive themselves to school, to friends’ houses, or out for errands or fun.

But teens are also some of the riskiest people out on the road. In 2018, around 285,000 teens were injured or worse due to being in a car crash. And that’s because newly licensed teens hold a crash rate 50% higher than later teens.

The safest cars come equipped with features that help prevent accidents and have five-star crash ratings. In this article, we’ll cover the best cars for teens and new drivers and their features for safer driving.

Traditionally, teens aren’t driving the newest vehicles. They either take their parents’ ride, or they scrape together enough for a junker. And while this can be a contributor in causing accidents, it doesn’t prevent incidents.

Therefore, we’ll cover options that are more budget-conscious and the tradeoffs that come with buying an older vehicle versus a newer one.

Ah, the Mazda 3. The sedan, a sleek option, and the hatchback, which many have described as shoe shaped.

While style is important, safety is what we’re here for. And both variants offer similar traits that offer great protection for their drivers.

These cars have been built with improved front suspension that greatly improves frontal crash protection over previous models.

They pass in all notable metrics, protecting the passenger, except for around the right leg area. This was one position where there may be a risk of a leg injury and was rated as only ‘Acceptable.’

Like the front-crash rating, the Mazda 3 passed all metrics for the driver, including:

It passed in all of the above for rear passengers as well. This is helped by rear head curtain airbags in addition to standard front airbags.

Because these vehicles are around five to eight years old, they’re coming in a wide variety of mileages and conditions. This means you can find one anywhere from under $5,000 to around the $10k mark.

They come with various trims and features, but in general, these are one of the best, most cost-effective cars for new drivers today.

Here’s where we see the cost begin to falter. On some models, there is an optional ‘Smart City Brake Support’ under the ‘Technology Package.’

It has not met the requirements for forwarding collision warning, avoiding a collision at 12mph, but not for an incident tested at 25 mph.

Better than nothing, but not a life-saving feature.

Never heard of the Insight? Back in the early 2010s, Honda attempted to replicate the success of the Prius with a very similar look-alike.

It didn’t do well.

The 2020 Insight, however, offers the best of what the famous Civic line does but with a hybrid design resulting in style, safety, and higher fuel efficiency. And that’ll save lives in the long run.

Let’s get into its safety traits.

Superior. It passes in every metric, for both drivers and rear passengers.

For drivers, the results are superior. However, for rear passengers, there is a risk of pelvis or leg injury, as that result is just Average.

These are mostly at new-car prices. The oldest model, the 2019s, can be found below the $20k mark, however, any newer vehicle will be $22k or more.

Certainly, one of the most affordable new-car options available, but not ideal for the budget-conscious.

Honda Sensing. This is now standard on newer Honda Models and it is considered exceptional.

It prevented collisions at both 12mph and the 25mph IIHS tests and comes with a ‘Collision Mitigation Brake System.’

It has IR sensors that detect when it’s approaching a vehicle too quickly and stops the vehicle automatically after issuing a warning to the driver. And it detects drowsy drivers.

This is a notable statistic, as young drivers are the predominant cause of drowsiness-related car accidents.

Lane departure warnings and prevention are standard on all models. Optional blind-spot detection is available, via a camera on the passenger-side rearview mirror.

It’s widely reported that distracted drivers cause more accidents. And the more passengers in a vehicle, the higher cause of distraction and accident.

This small-size SUV restricts passengers to five and comes with a bevy of features that make it a great safe option for teen drivers. Most notably, is all-wheel drive.

Like others mentioned, the Forester hits Superior in every category. This is for both driver and passenger sides.

No exceptions here. The bigger chassis results in additional protection for both drivers and passengers. Superior in every category.

Trim levels escalate price a lot. While a 2019 model with some mileage on it may dip into the teens, a new Subaru Forester can run anywhere from $24k to $35k.

That’s a hefty price increase. Fortunately, there aren’t any major safety considerations to make when deciding trim and cost levels.

But for one of the safest vehicles on the road, with all-wheel drive, this is a solid price.

Subaru has its own driving-assist system, known as “EyeSight.” The 2019-2021 models all receive superior ratings for preventing collisions at both 12mph and 25mph.

It also offers front-crash prevention in the case of vehicles to pedestrians. This system is available on all trim models.

What this vehicle does that many of its counterparts don’t is all-wheel drive. If your teen drives in a wintery area, or someplace with inclement weather or rugged terrain, AWD could be essential.

AWD can help mitigate fishtailing, hydroplaning, and other problems that front- and rear-wheel drive have. These issues of course aren’t perfectly prevented but can help inexperienced drivers in their early years of driving.

When it comes to the best teen cars, the answer is which is safest. Above are three of the safest cars on the market for teens and new drivers, each offering Superior safety ratings for a range of prices.

Of course, a safe car is only half the battle. Perhaps the most effective safety feature is a well-trained driver. Teens and new drivers need to be trained for all situations that may arise out on the road, with critical thinking and driving skills to navigate the toughest of situations.

Defensive driver safety courses teach drivers how to anticipate, identify, and avoid road hazards to reduce the risk for accidents. Check out our free demo and get your teen all the training they need before they head out on the road for themselves.