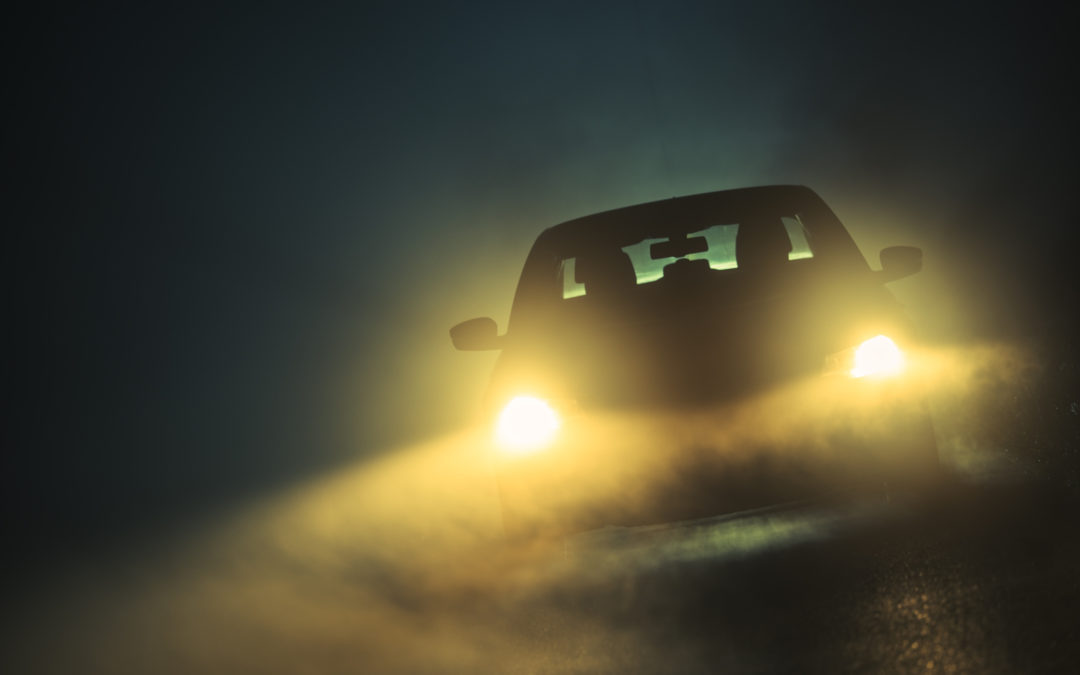 It’s a cold, winter evening and you’ve just gotten out of work. Not only is it dark out, but it’s foggy too—and, although you’re an experienced driver, the last thing you want is to struggle with visibility on your way home.

Luckily, that’s where your fog lights come in. When headlights and high beams are too bright for your low visibility drive, the soft yellow hue of frontal fog lights helps illuminate the road so that you can see exactly what’s in front of you.

However, over 38,700 people get into car accidents every year due to low visibility conditions like fog.

So, do fog lamps actually help avoid accidents like these—and if not, do they even really matter?

What Are Fog Lights?

Fog lights, or fog lamps, are small, block- or round-shaped lights located beneath the headlights on the front of your car. They are angled in a particular way so that the light directly illuminates the road ahead of you instead of several feet off the ground as regular headlights do.

Front fog lamps are for use during poor weather situations where visibility is reduced, like in misty, rainy, foggy, or dusty weather. Since headlights can be too bright in low visibility situations and reflect into the driver’s eyes, fog lights are safer and more preferred by many drivers.

If your car doesn’t have fog lights, then that might be the new normal. Not every car has fog lights because they only fit specific makes and models. In fact, fewer cars than ever before have fog lights because newer models are forgoing them altogether. But the phasing out of fog lights is only applicable to front: Rear fog lights are still a requirement in many states and are seen as necessary for sharing the road with other drivers.

How Do Fog Lights Work?

Although it may look like it, fog doesn’t actually touch the ground, so fog lights are angled to be as close to the ground as possible. The lights are turned sharply downwards so that only the actual ground ahead of you is lit up, which also helps prevent blinding you (and other drivers).

When changing your front fog lamp bulb, a yellow light bulb is most common. White lights tend to create a glare against rain and snow, which can be confusing, blinding, and dangerous. On the other hand, yellow lights can pierce through the low visibility without glare, making it a softer drive on the eyes.

What Are Rear Fog Lights?

Frontal fog lights are designed to help you see the ground better in low visibility circumstances. Similarly, rear fog lights (or rear fog lamps) are there to help other drivers behind you avoid hitting you. Rear fog lights help with interpreting distance and serve as an extra set of low-level lights for other drivers to see. 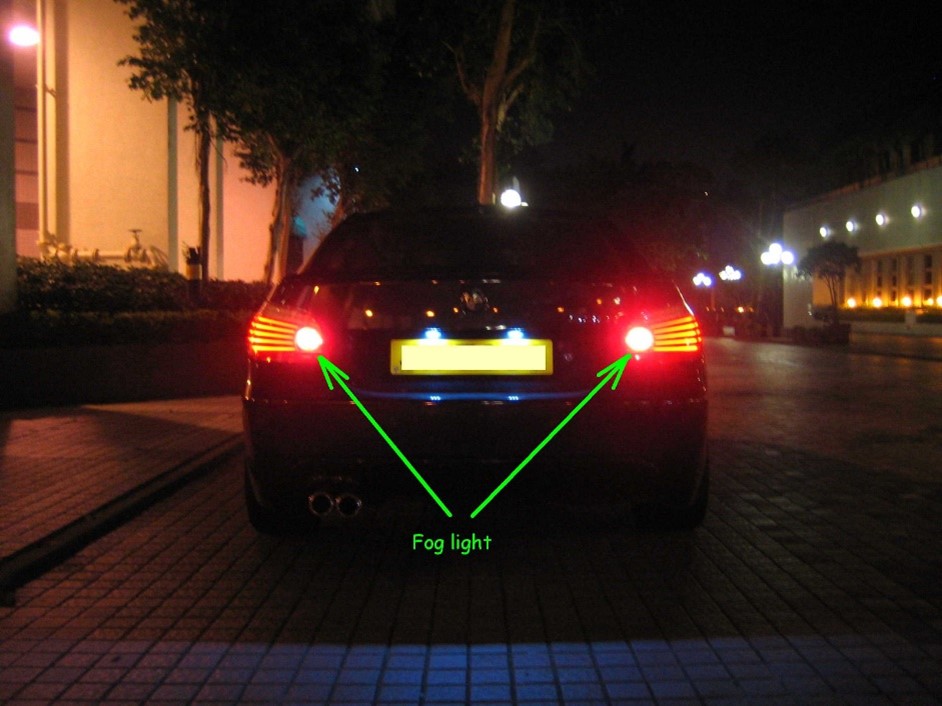 Unfortunately, it’s pretty easy to get brake lights and fog lights confused. After all, brake and fog lights produce the same type of color and intensity. There is no national law to help combat this issue, but many states do have their own sets of regulations that require rear fog lamps are manufactured on a different part of the car or remain on at all times so that the lights are easy to differentiate.

When Should You Use Fog Lights?

Since fog lights are dim and aimed downwards, there’s no use for them unless visibility is an issue. They’re only necessary when the weather is terrible or it’s hard to see the road in front of you, meaning that you should reserve them for dangerous driving conditions, such as: 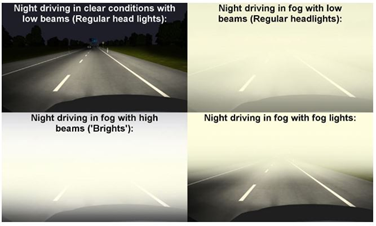 No matter the weather, you should never solely rely on fog lights when you’re driving. Many states have made it illegal only to have your fog lights on, even if your headlights are too bright for the weather conditions. This is because fog lights only illuminate up to several feet of the ground in front of you, which means it’ll be hard to see if there are any oncoming obstructions like road work or animals crossing.

So, do fog lamps matter?

While fog lamps are helpful in certain situations, not everybody needs them in low-visibility circumstances. As mentioned before, fog lamps are actually starting to disappear because many drivers don’t see the use for them. Even the National Highway Traffic Safety Administration (NHTSA) says that fog lamps are merely supplemental and not a requirement for driving in low visibility conditions.

While fog lamps are becoming less popular on newer models, they do matter if you have them. These handy lights are there to help you see the ground better in bad weather situations—making them crucial for drivers who are older, driving at night, or in an unfamiliar area.