How To Use a Stick Shift Part 1: The Basics 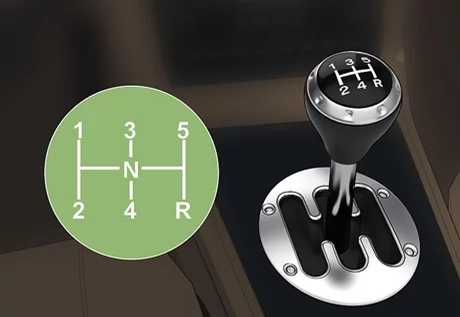 Although automatic transmission cars have nearly taken over the automotive industry in the United States, there are still quite a few manual drivers out there—and plenty of reasons to be one, too.

Knowing how to drive stick shift is a great skill to master and doing so can also help you focus on the road better while sharpening your motor skills.

This three-part series will tell you everything you need to know about driving a stick shift and manual transmissions. Some topics covered will include how to work important mechanisms, driving a stick shift for the first time, and the best ways to keep your manual engine healthy for years to come (plus some more advanced tips and techniques!).

First, let’s start with the basics.

The History of the Stick Shift

The manual transmission is the earliest example of an engine in automotive history.

In 1894, French inventors Louis-Rene Panhard and Emile Levassor developed the first modern transmission by using a chain drive in interlocking gear wheels. In 1898, automaker Louis Renault took the concept and used a drive shaft instead of the chain and added a different axle to the rear wheels to have a smoother drive. 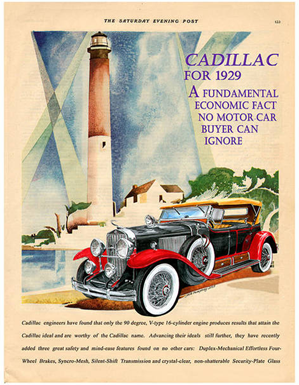 A 1929 magazine ad for the new manual transmission Cadillac

Today, Americans tend to prefer automatic cars instead of manuals. Even so, there’s plenty of reason to pick up the extra skill: Driving a stick shift is more fun and can come in handy in a pinch. You’re also less likely to experience distracted driving, and your new motor skills can be transferable to other facets of life. Plus, if you ever go abroad, you might be surprised to learn how many countries predominantly drive stick shift.

The Important Roles of the Clutch Pedal and Gear Stick

If you’ve driven automatics your whole life, then the two most unfamiliar parts of a manual car are inevitably the clutch and the gear stick. It makes sense why they’re a little daunting: The clutch pedal and gear shifter do require extra steps and delicate timing.

But once you get the hang of how they work, the movements and transitions between the two slowly become muscle memory.

Driving manual is all about doing the work yourself, and the clutch is what allows you to be in control of your gears. The clutch pedal is the third pedal to the left of the gas and brake pedals. This extra pedal might look confusing, but you’ll only use it with your left foot when you have to shift gears. 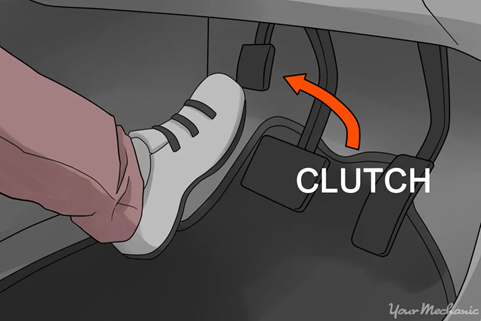 Here’s how it works: The clutch is what controls the connections between the shaft from the engine and the shafts that turn the wheels. In a manual car, the wheels are arranged so that the driver can operate the clutch to choose from several speed ratios.

The gear stick is what makes a manual transmission a “stick shift.” The main difference between this and an automatic gear shifter is that in a manual car, you have to change gears manually.

Unlike an automatic gear stick, the manual can move in all different directions because it has six gears (although most cars only have five). And unlike automatic sticks, which have letters, you’ll see that the manual gear stick has numbers instead. The numbers are indicative of which gears you can switch into, depending on the speed you want to go:

In part two, you’ll learn more about when and how to change gears with a step-by-step guide on how to drive a stick shift for the first time. Once you’ve gotten the hang of how to maneuver a manual car, part three will cover advanced driving techniques and tips on how to keep your manual transmission healthy for years to come.

Whether you drive a manual or automatic transmission, your role as a driver never changes—it’s your responsibility to drive safely to protect you, your passengers, and anyone else around you on the road. Online defensive driving courses are perfect for drivers interested in refreshing their road skills and traffic law knowledge. Additionally, you may be eligible for an insurance discount by passing a safe driver course. Learn more about the benefits of defensive driving programs.