DUI: The Dangers of Driving While High 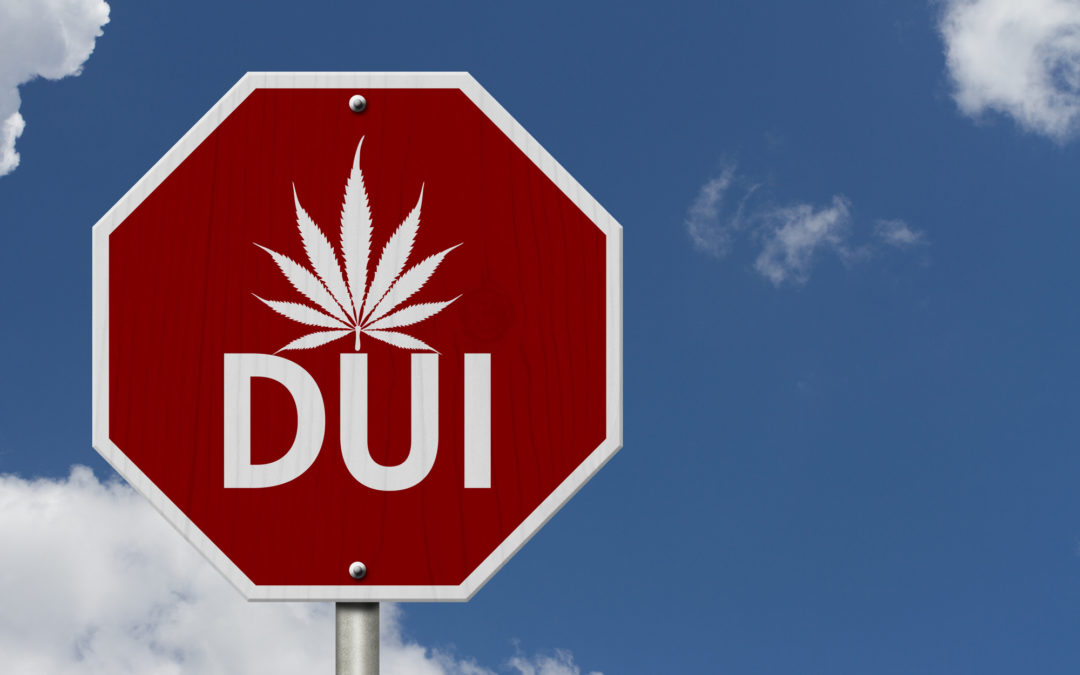 As alcohol has been legal for longer than marijuana, more people are aware of the dangers of drunk driving vs. driving while high.

In fact, the majority of people polled admitted to driving while high, as 51% drove within 2 hours of using marijuana. Not only that, but one in five of them said they have driven ‘very high’ in the past six months.

Drivers between the ages of 21-25 are more likely to drive after taking drugs or drinking than any other age groups.

DUI, or driving under the influence, is dangerously on the rise. The Centers for Disease Control and Prevention (CDC) reports that after alcohol, marijuana is most often linked to drugged driving. Read on to learn about the dangers of driving while high.

Dangers of Driving After Smoking Marijuana

Studies show that marijuana usage slows reactions and impairs your judgment of time and space. It also decreases any coordination skills you might have when maneuvering a car.

Tetrahydrocannabinol (THC) is the main ingredient in marijuana. It can affect many areas of the brain, but in particular, it influences areas involved with the body’s movements, balance, coordination, memory, and judgment.

These skills are necessary to stay alert and drive safely. People driving under the influence are more likely to weave across lanes, change lanes without checking their blind spots, and pay poor attention to the road.

The data is pretty clear. Your unsafe DUI driving could put you and others around you in danger.

There are two different terms to be aware of here. DUI (driving under the influence) is drug related, while DWI (driving while intoxicated) means that you are driving while drunk (alcohol).

If you think DUIs aren’t as dangerous as DWIs, think again. One study found that driving while high creates a similar risk for car crashes as driving drunk. Of course, the effect is worse when they are mixed.

The National Highway Traffic Safety Administration (NHTSA) reports that marijuana can affect driving abilities for three hours after usage. Researchers say that number may be conservative.

Of course, it’s always better to get a designated driver or use public transportation after drinking any alcohol or smoking any amount of marijuana.

How Often Does DUI Cause Car Crashes?

The problem with getting accurate statistics for DUIs is that marijuana (THC) stays in the system for weeks after usage. That’s why it’s hard to know when the drug was used.

If the drug was used days or weeks in advance of the car crash, then it isn’t impaired driving, but careless driving that caused the car crash. That’s why drugged driving is harder to assess than drunk driving.

Also, most people aren’t driving only with THC in their system. In fact, they usually have two or more substances in their system impairing their driving ability and causing accidents.

When you have more than one drug in your system, it’s hard to tell whether it was the marijuana that caused the car crash or something else.

Finally, there is currently no effective roadside test for analyzing drug levels in the blood. It’s quite easy with drunk driving because you use a breathalyzer and voila, you know exactly what the blood alcohol concentration (BAC) is.

As more states make marijuana legal, there will be a greater emphasis on reducing DUIs, and hopefully more instruments to measure drug levels in the body will emerge.

Common Consequences for Getting Caught While DUI

Each state is different in the way they handle DUIs (some states use the term OUI, operating under the influence).

Some states like Arkansas and Georgia are extremely strict with their DUI laws, going as far as giving 1 year of jail time. Others give fines, but no jail time, like Hawaii and Alabama, for the first DUI.

If you are a repeat offender, your fines and jail time will be much higher because the punishments get more stringent.

Some common penalties for DUI are jail time, community service, fines, license suspension, and installing an Ignition Interlock Device (IID) in your vehicle.

If you are drunk (high blood alcohol concentration, BAC), while driving as well as high, your penalties could be much higher. This also applies if you injure someone while driving under the influence.

Use Alternative Ways of Getting Back Home

It’s easy to blame the legalization of marijuana for the problem of DUIs, but that’s not entirely accurate. Like drunk driving where public service announcements and stricter enforcement of the law have educated drivers about the dangers of driving when drunk, driving while high campaigns will be created to improve public awareness and hopefully keep impaired drivers off the roads.

The bottom line is simple…Do not let your friend drive high. No matter how much they insist that they are fine, take their keys from them and get a designated driver.

When with a group, always ensure that at least one of you stays sober. This way, you can keep an eye on your friends so they don’t make any rash decisions.

Also, don’t avoid tough situations. Have conversations with friends who smoke marijuana and let them know it’s not acceptable to slip behind the wheel and put lives in danger.

With these social strategies in place, you and your friends can stay safe on the roads. United we can ensure that the rate of drugged car crashes falls.

DUI Driving Is a Real Problem, and We Can Work Together to Solve It

If you think DUI driving isn’t a problem you need to worry about, think again. As more states legalize marijuana and ramp up their testing for drugged driving, we will get a better idea how many people drive while under the influence.

We can correct this problem. The best way to begin the drive for safer roads is to educate yourself. Learn all about the dangers of DUI/DWI, as well as helpful tips and techniques for keeping you and your family safe when traveling, by taking an online defensive driving course. It could save your life.