The Most Fatal Types of Car Accidents 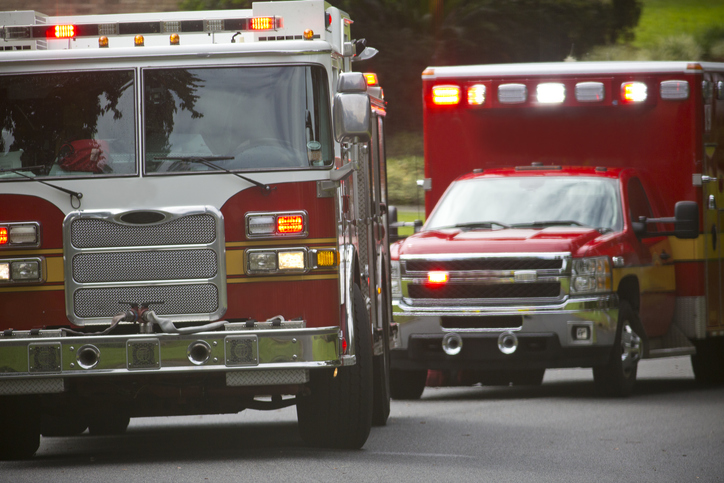 Fatal car accident types are more common than you think. The Insurance Institute for Highway Safety (IIHS) reports that 33,244 people died in motor vehicle crashes in 2019.

That’s a sobering truth that you must realize whether you’re the one behind the wheel, a passenger, or even crossing the road.

In this post, we’ll look into the types of car accidents that led to the most fatalities and why they occur.

We want to shed light on these fatal accidents, so you don’t make the same mistake that these drivers have committed. We’ll also look into the most common questions people have about fatal car crashes.

What Causes the Most Fatal Car Accidents?

Fatal car accidents can begin with the most innocent of driving conditions. Even if it’s not your fault, all it takes is someone else’s reckless driving to put lives in danger.

Here are some of the most common causes of fatal accidents in the United States:

What Is the Most Fatal Type of Car Accident?

Six of the Most Common Fatal Car Accident Types

This isn’t to say that other automobile accidents don’t pose a significant risk. At the wrong place and time, any of the six high-impact accident types below could cause injuries and fatalities to drivers and commercial vehicles alike.

Arguably one of the most dangerous types of car accidents, distracted driving is a growing epidemic on American roads.

A split second of your attention away from the road could be a matter of life or death for you and others. According to the Centers for Disease Control and Prevention, driver distraction is responsible for an average of 3,000 deaths and 40,000 injuries every year.

This accident is typically caused by typical activities that take the driver’s focus off the road in front of them:

You can easily spot distracted drivers because they’ll stop at green lights or have their heads turned around, looking behind themselves without turning the steering wheel.

To avoid distracted driving, do the following:

T-bone accidents occur when one car runs into the side of another vehicle. The most common cause is when a driver turns in front of oncoming traffic, but it can also happen when one car drifts onto the wrong side of interstate or highway lanes to pass slower-moving vehicles.

Injuries most associated with this auto accident are whiplash and concussion. More severe injuries include spinal cord injury and broken bones that disrupt blood flow in organs like lungs, kidneys, intestines, and spleen.

To avoid getting into a T-bone accident, always observe the following rules:

As a traffic accident type, multi-vehicle pileups are dangerous to other vehicles in the same traffic lane. What begins as an auto accident involving two cars could end up with potentially more vehicles and a line of fatal crashes.

The first is during peak hours when traffic is congested, and drivers are restless. As a result, they bump into other vehicles trying to overtake other automobiles while leaving other drivers behind stuck.

The second is during poor weather conditions when people can’t see the road very clearly. As a result, injuries from these auto crashes are much more severe.

Cars stuck in traffic may carry a lower risk of passengers and victims incurring severe injury because they’re slow-moving. On the other hand, cars driving during rainfall are traveling at a moderate speed, paving the way for higher chances of lethal injuries.

When you’re driving during these conditions, keep the following in mind to avoid getting in a vehicular pileup:

Unlike other car accidents in this list, rollover crashes usually involve one vehicle, and it occurs due to the driver’s maneuvers or handling while driving.

In a vehicle rollover car accident, a vehicle overturns while driving too fast on the road and loses stability around tight corners.

Depending on the turn and its speed, the automobile may roll over more than once. Rollover accidents subject the drivers and passengers to the impact of different sides of the vehicle as it slams on the surface, resulting in major spinal, brain, and head injuries.

You can avoid vehicle rollover by doing the following:

A rear-end collision happens when the front of one car hits the rear of another.

This type of collision is most common in stop-and-go traffic. However, highways are also conducive to this accident because drivers can’t see what’s coming from behind when their view is blocked by other cars or a concrete barrier.

The severity depends on how fast both drivers are going. Most modern vehicles have crumple zones and bumper systems that will protect passengers even if they’re traveling at high speeds (generally up to around 200km/h).

The problem with rear-end collisions is that passengers may still sustain injuries such as whiplash and damage to the spinal cord from the impact of stopping quickly and slamming into another vehicle (or getting hit).

To avoid rear-end crashes, it’s wise to obverse the following:

Widely considered the most dangerous among fatal car accidents, a head-on collision happens when two cars collide in a straight driving lane.

The most common causes of high-impact collisions are running red lights, speeding or swerving to avoid an obstacle in the road, and misjudging the distance between your car and the other vehicle.

While only 2% of car accidents are due to head-on crashes, it’s still responsible for 10% of fatalities due to the significant kinetic energy transmitted into both driver’s bodies.

This can also lead to severe injuries such as broken necks, spinal cord damage, trauma to major organs like the heart, or brain stem injury. Other severe injuries include limb amputations and paralysis from being crushed by debris in the collision.

Here are a few ways you can prevent head-on collisions:

From the different and dangerous types of car accidents mentioned above, driving defensively is the best way to help you avoid these instances.

After all, your goal is to get where you’re going safely without endangering your life or the safety of others around you. Worse still, you want to avoid increased insurance premiums and the legal fallout from personal injury cases against you.

It is important to realize that driving is much more than simply pressing a foot pedal and turning a steering wheel. Training and improving your critical thinking skills can be just as important as following driving rules and regulations and practicing lane changes and parallel parking.

An effective way to stay safe on the road is to learn how to anticipate potential road hazards, identify these hazards, and then pro-actively avoid the hazards that can jeopardize your safety.

DriveSafe Online defensive driving courses are designed to improve your mental approach to driving as well as enhance your road knowledge and driving skills.