Are You a Defensive Walker? 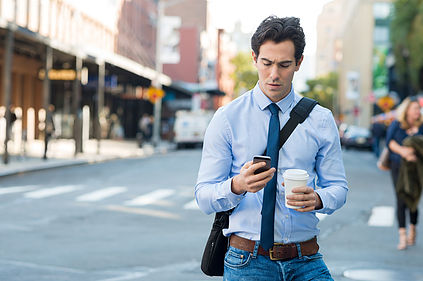 “Drive safe!” It’s a phrase we say when friends and family get behind the wheel. For many of us, it’s a recognition that driving is the most dangerous thing we do every day. But there’s another danger with vehicles we often don’t think about: walking around traffic.

In 2015, 5,376 pedestrians were killed in traffic accidents in the United States—that’s more than 15% of all roadway deaths and a 10% increase in pedestrian deaths over 2014.

So, what can you do? Here are common causes of pedestrian-vehicle collisions you need to understand to stay safe:

Walking at night. Almost three-quarters of deaths occurred at night when drivers might not have seen the pedestrian, especially if the pedestrian was wearing dark or non-reflective clothing.

Crossing outside of a crosswalk. Almost three-quarters of deaths happened at non-intersections. The farther away from a crosswalk you are, the higher the moving speeds of vehicles and the more likely a crash is to be fatal.

Using Alcohol. In almost half of all fatal vehicle-pedestrian collisions the driver or the pedestrian had been drinking. Alcohol can impair your judgement in numerous ways, from misjudging the distance and speed of an approaching truck to deciding to jaywalk on a busy road. Drinking and walking don’t mix.

WWD. Another complicating factor is that many of us Walk While Distracted. We text, talk, listen to music on our phones, and forget to look for obstacles in our path.

If you cross a road at night… outside of a crosswalk… after having a few drinks… while talking to a friend on the phone, you are putting yourself at risk of being in a fatal collision.

Even if you think you have the right-of-way, never assume a driver sees you. Remember the DriveSafe Online® rule of defensive behavior: it’s better to be alive than to be right. Wear bright clothing, make eye contact with drivers, do not assume cars will stop, and remain sober and alert.

Considering the evidence, it’s time we all added a new phrase to our vocabulary— “Walk safe!