How Tracking Your Mileage Can Protect Your Car 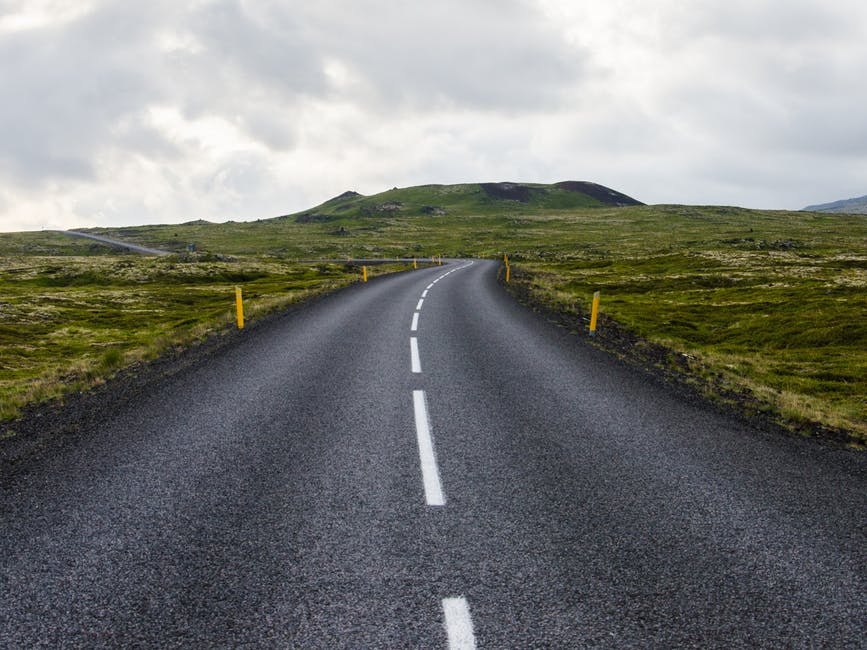 Did you know that people who live in the suburbs drive more often than those who live in urban areas like New York City? Since there is less demand for public transportation, sidewalks, and bike lanes in residential neighborhoods, most suburban residents opt to use their cars to get around.

Knowing that city-dwellers don’t drive very often doesn’t come as much of a shock. However, when you consider the bigger picture, it’s still surprising to find out the average miles driven per year in the United States.

Of course, several factors go into determining this average amount — but then the question becomes: How do you know if you’re overdoing the annual mileage on your car? For example, is 15,000 miles a lot?

What Are the Average Miles Driven Per Year?

Across all genders and age groups, the average miles driven per year comes to about 13,476 miles in the United States.

However, not everybody drives the same, so the average miles driven per year fluctuates based on certain factors. These include gender, age group, the length of work commute, and geographical location, which play significant roles in how often Americans drive and how they get around.

On average, men drive more often than women do — a whopping 63% more! However, the largest group of drivers on the road for both genders is middle-aged drivers. Male motorists drive the most between 35 and 54 years old.

In contrast, women drive the most between 20 and 34 years old. However, they still register, on average, low mileage, and they tend to slow down on the average annual miles driven once they reach their mid-thirties. 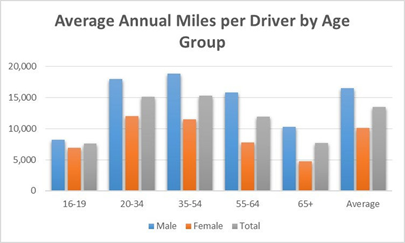 Although there’s not an exact answer as to why men clock more miles, there is a noticeable difference in hours spent on the road.

One reason to explain a higher amount of miles traveled may be because of traditional gender roles: When a married couple settles down and starts a family, women are more likely to stay home while men continue working. This means they’re commuting more often than women.

And what about other age groups? Trends also show that there are fewer teen drivers on the road right now. That means fewer potential younger drivers are obtaining their licenses than ever before. At the same time, previous generations are maintaining their driver’s licenses.

Senior drivers over 65 years old are keeping their licenses longer. This may be because seniors are retiring later and therefore commuting longer. Meanwhile, we may be seeing fewer teens driving and adding to the average miles driven because they’re able to rely on family members, public transportation, and new ride-sharing options like Uber more often.

It’s not just the driving habits of certain age groups. Length of commute is another reason why we’re seeing an increase in the annual average miles driven.

The time it takes to commute to work is getting longer, which may be why the national average has increased over the years. The average mileage for commuting in 2019 was nearly 27 minutes, which is a substantial increase from around 22 minutes in 1980. 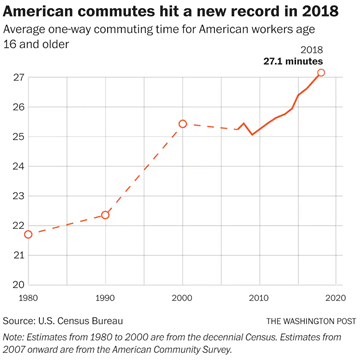 This begs the question: why are commutes getting longer?

The increase in average miles is likely because there’s an increased demand for affordable housing, but many metropolitan areas aren’t building new housing fast enough. This forces workers within the employable age group to move to neighboring towns in search of cheaper homes.

Another factor that increases the average mileage driven is transportation. Current transit options and infrastructure are not growing as fast as the populations in cities. This causes significant traffic congestion, longer time spent on the road, and a higher number of average miles driven.

These issues all come together to add to the average miles driven per year. 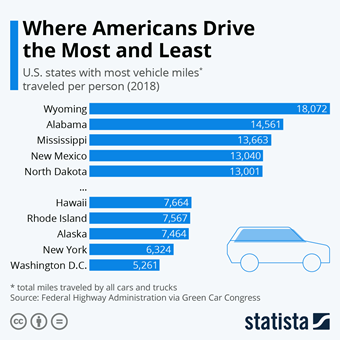 Residents living in rural states like Wyoming, Alabama, Mississippi, New Mexico, and North Dakota are more likely to travel the most, so they log higher average miles at 19,000 per year.

On the other hand, those who live in Hawaii, Rhode Island, Alaska, New York, and Washington D.C. hardly use their cars, so they drive fewer miles. The residents in these states show an average annual car mileage that clocks in at just 8,000 miles driven per year.

What Is the Average Annual Mileage a Car Should Have?

This is called the mileage limit, and it’s the number of leased miles that you can’t exceed within a given year. If you surpass the mileage limit, then, as the licensed driver and lease owner, you’ll pay for overages once the lease term is over.

Because 15,000 miles is around the general average of miles driven per year, dealerships want you to stay at or below that limit so they can maintain the resale value. If you want to save money, it’s a good idea to drive fewer miles — or, at least keep the annual mileage below the limit.

With that being said, American drivers find that they run up between 12,000 to 15,000 miles per year with regular use anyway, unless there are a few cross-country trips involved. If you know that you’ll hit 20,000 miles per year, it’s a good idea to ask for a high mileage lease term instead.

How Many Miles on a Car Are Too Many?

There’s a simple answer for this one: Once your car exceeds 100,000 miles, there’s a chance that it will be considered a “high mileage car” by car insurance companies. This means that your car is nearing the end of its natural life, which depreciates the resale value.

Specifically, improvements to a vehicle’s electrical system have augmented the technology associated with a car’s efficiency, emissions, safety, and overall longevity. With these enhancements, cars today have a general expectancy of about 200,000 miles, which is around 12 years. 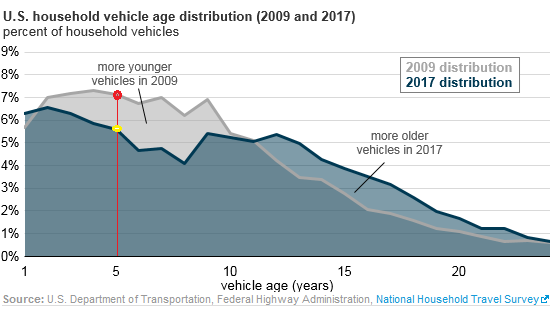 So how many miles is too many on modern-day vehicles? Right now, the average miles per year is still 15,000, and this figure counts as high mileage. If you start here, it’s easy to gauge whether or not you’re overdoing the recommended mileage every year.

Simply multiply 15,000 by how many years you’ve had your car.

For example, say that you have a 10-year-old car and you want to find out how many miles you’ve put on it. To find if your car overshot the average annual mileage recommended, you would calculate 15,000 average miles driven per year x 10 years, which equals 150,000 miles traveled.

If your odometer comes in below 150,000, then you’re in good shape. You can perform the same exercise on the purchase of a used car if you’re planning on driving fewer miles and extending its lifespan.

Owning a car is a symbol of independence, but it’s also an important responsibility that requires much work. And although today’s cars are quickly advancing, you still need to ensure that your vehicle receives mandatory maintenance and care.

This includes keeping your average miles driven per year at or below 15,000, with the sweet spot being around 13,400 average annual miles per year.

In addition to keeping track of your odometer, you can also keep your car in good shape by practicing being a defensive driver. Developing essential defensive driving skills helps you react quickly in dangerous situations and is the best way to avoid accidents.

Luckily, taking a defensive driving course has never been easier: DriveSafe Online has online courses you can complete from the comfort of your home. The best part? Completing these courses may decrease your car insurance rates—so get started today.